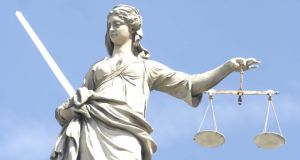 Sixteen people have been remanded on bail after they appeared in court on charges arising from a three-year Garda investigation into an alleged insurance compensation fraud following a series of car crashes in Co Cork.

The State alleges all three crashes, which each involved two-vehicle collisions, were staged to enable the accused to make fraudulent claims for compensation against a number of insurance companies.

The State alleges compensation payments totalling over €58,000 were paid out to some seven of those charged, with the sums of compensation ranging from just under €4,000 to more than €12,000.

Insp Pat Meaney said the DPP had directed that four of the accused should be sent forward for trial on indictment at Circuit Court level, and that the DPP had consented to the remaining 12 being dealt with a District Court level on a guilty plea.

Judge Leo Malone asked for an outline of the alleged facts in the case and Sgt Emmet Daly and Sgt Noel Madden gave an outline of what the State alleged in relation to each crash. Upon hearing the allegations, Judge Malone refused jurisdiction in the remaining 12 cases.

John Murphy (55), and Selena Sexton (39), both of Blackwater Heights, Youghal; Dawn Philpott (34) of Main Street, Ballynoe and Jenny Moloney (39) of Ardrath Crescent, Youghal were also each charged with one count of deception and one count of making a false report.

Damien O’Driscoll (22), of Connolly Avenue, Mallow; Elizabeth O’Driscoll (32), of Woodview Drive, Mallow and Dana Duggan (34), of College Gardens, College Manor, Cobh were also each charged with one count of deception and one count of making a false report.

The charges follow an extensive Garda investigation codenamed Operation Nascar after the National Association for Stock Car Auto Racing in the United States, and carried out by the Garda Organised Crime Unit and Fraud Investigation Unit at Anglesea Street in Cork.