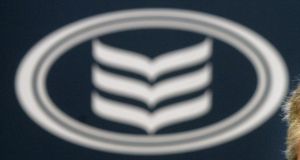 The offences are alleged to have occurred from 2003 until 2012 at Bank of Ireland’s Malahide, Dublin Airport and Talbot Street branches. File photograph: Matt Kavanagh/The Irish Times

A former Bank of Ireland employee is facing trial accused of stealing €144,000 from branches in Dublin over a nine-year period.

Alice Warnock (54), from Rathbeale Court, Swords, Dublin, was arrested at her home by officers from the Garda Bureau of Fraud Investigation (GBFI).

She was charged with 77 counts of theft of various sums.

The offences are alleged to have occurred from 2003 until 2012 at Bank of Ireland’s Malahide, Dublin Airport and Talbot Street branches.

The former bank executive appeared before Judge Anthony Halpin at Dublin District Court, where Det Garda Siobhan Moore handed in a schedule detailing all the charges.

She told the court the woman “made no reply to each one” when she was charged with the offences.

Ms Warnock did not address the court and has not yet indicated how she will plead.

Det Garda Moore said the DPP consented to Ms Warnock being returned for trial to the Circuit Court, and said she can be sent forward on a signed plea of guilty should that arise.

Judge Halpin agreed to grant a six-week adjournment to allow the prosecution time to prepare a book of evidence which needs to be served on the defendant before she is sent forward for trial.

Det Garda Moore said she did not think she needed a longer adjournment and the judge noted the defence consented to Ms Warnock being ordered to appear again in November.

There was no objection to bail, but Ms Warnock was warned by the judge that she must notify the GBFI of any change of address.