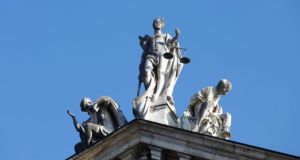 A Clare man threatened to kill his partner’s nine-year-old daughter if she told anyone of his sexual abuse, the Central Criminal Court has heard.

The three-year period of severe abuse was only uncovered when the victim’s younger brother, who was five years old, told their aunt. The court heard the girl is now “extremely traumatised”.

The abuse began when the man moved in with the victim’s mother and lasted until the return of the victim’s aunt from overseas. The parties in the case cannot be identified for legal reasons.

A local garda told Anthony Sammon SC, prosecuting, that the aunt asked the victim and her brother how the man was treating them. The five year old boy began to tell her about the abuse, upon which the girl became very upset and pleaded with the boy not to say anything.

The abuse was then reported to gardaí­. In an interview carried out by a garda specialist, the victim said the abuse took place in every room of the family home. The abuse happened when she was between six and nine years old.

In a report read to the court a psychotherapist said it was very sad to see how the abuse has affected the “extremely traumatised” girl, who is now 12 years old.

The report described her as quiet, withdrawn and nervous in therapy sessions and displaying symptoms of post traumatic stress disorder.

She said the man threatened to kill her if she told her family or friends. She said she can’t sleep in the dark any more and “will probably never be happy again”.

Michael Bowman SC, defending, said the man wanted to make a deep and sincere apology, and that he “simply fails to offer any rational explanation for his wrongdoing”.

Counsel said the man, who has previous convictions for theft and cultivation of cannabis and opium, understands that a long term of imprisonment is inevitable and that “something deep-seated within him requires ongoing treatment”.

5 Future-proofing in a pandemic-hit jobs market