Woman who found daddy-long-legs in chip shop meal gets €10,000 for defamation 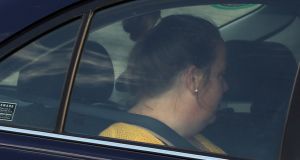 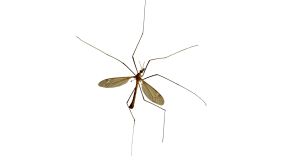 Denise Melia said she found a dead daddy long legs in a box of food she bought from Macari’s Takeaway at Meakstown Shopping Centre, Finglas and part of its leg in a second box. Image: iStock.

A woman who claimed she was blamed for deliberately putting insects in takeaway meals she bought at a chip shop in Dublin has been awarded €10,000 damages in the Circuit Civil Court for defamation of character.

Denise Melia (30) told Circuit Court President Mr Justice Raymond Groarke that she and her then partner, Keith May, were told “you put that in there yourself” when they returned to Macari’s Takeaway at Meakstown Shopping Centre, Finglas with the food and insect.

Ms Melia said she found a dead daddy-long-legs in one box of food and part of its leg in a second box. Both boxes,bought on the night of September 29th, 2016, contained chips and other food items.

She and Mr May denied that he became aggressive in the takeaway or that he had thrown one of the boxes over Constantine Ionas, who had served them earlier. Mr Ionas denied that Ms Melia was accused of putting the insect or part of a leg into the boxes.

In her €75,000 claim for defamation of character, Ms Melia alleged that she became nauseous after starting to eat the foot and finding bits of the insect.

Counsel for the defendants, Benny and Antonia Macari, who trade as Macari’s Takeaway, told Ms Melia that it would be the evidence of two staff that Mr May became aggressive, loud and used bad language.

In cross-examination by barrister Pat Purcell, for Ms Melia, Mr Ionas denied smirking and laughing at the couple when they had returned with their food.

Mr Justice Groarke said he had seen Mr Ionas smirking in court while Ms Melia was giving her evidence in the witness box.

Awarding Ms Melia €10,000 damages, the judge said the implication was that she had fraudulently sought to set up a claim against the shop. He said he found Ms Melia to be an impressive and honest witness and that that Mr May had become annoyed and angry because Mr Ionas was sniggering and laughing at them in the shop.

“I saw that in court today while the plaintiff and her former partner were in the witness box,” the judge added. “I believe the plaintiff’s account of opening the two boxes and finding the insects there.”

The judge said it was something that could happen and did not necessarily require bad management or negligence on the part of the food outlet.

The judge said he accepted Ms Melia’s evidence that a clearly defamatory observation had been made by Mr Ionas when there were other customers in the shop.