Cattle stolen from Carrauntoohil end up at Banna Strand 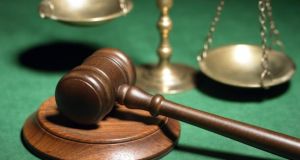 Local farmers were canvassed, marts visited, appeals put out on media by gardaí and “a big effort” was made to locate the missing heifers, the court heard

Heifers kept for breeding were stolen from a remote rural field at the foot of Carrauntoohil, Ireland’s highest mountain, and found five months later with false tags 40 miles away near Banna Strand, the Circuit Criminal Court in Tralee has been told.

Garda Eamonn Prendiville, giving evidence at the sentencing hearing on Tuesday, told prosecuting counsel Tom Rice how Mr O’Sullivan had left six heifers in his roadside field, in a remote rural area at the foot of Carrauntoohil mountain, on December 12th, 2013, and the next morning four of them were gone.

Local farmers were canvassed, marts visited, appeals put out on media by gardaí and “a big effort” was made to locate the missing heifers, the Killorglin-based garda said.

In May 2014, information led gardaí to the farm of Peter Lawlor at Banna, Ardfert. Mr Lawlor co-operated and said he had received four heifers from Declan Murphy and had paid him €1,000 in cash.

Department of Agriculture birth tags had been removed and replaced with false tags. Mr Lawlor told gardaí he had got two off dead animals washed out on the tide at Banna and said Eugene Cronin had given him the other two tags, Garda Prendiville said.

DNA testing by the department established these were Mr O’Sullivan’s cattle. Both Mr Murphy and Mr Lawlor were arrested and Mr Cronin came voluntarily to the Garda station. He had provided the truck for the removal of the cattle, Garda Prendiville said. All three men co-operated fully.

Garda Prendiville said the motivation seemed to be money and he rejected it was about a dispute about trespass of animals.

Judge Thomas E O’Donnell gave Declan Murphy a nine-month suspended sentence for theft and ordered him to pay the €230 costs of the DNA tests to the department.

The court was sending a strong message that taking animals was serious and unacceptable, Judge O’Donnell said.