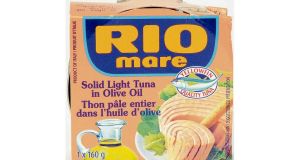 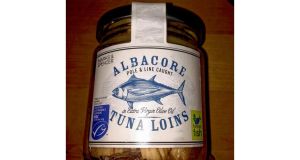 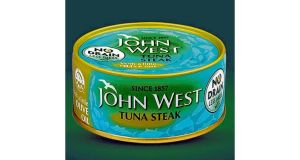 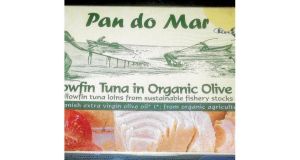 While John West thinks this product is “pioneering” because it has been tinned with slightly less oil so there is less mess, we reckon a company would have to do substantially more to earn such a moniker. The meat is slightly pink and very meaty. While it is undoubtedly the market leader, it pales in comparison to some of the more high-end products on the market. It would be grand smothered in mayonnaise but will struggle to impress if left unadorned.

This white tuna fish which came from Spain via Avoca, is absolutely gorgeous, and while it is very expensive, it might well be worth paying the higher price if your budget can stretch this far. It has a beautiful meaty texture, a nice saltiness and has been soaked in good quality Spanish organic olive oil that you won’t want to just drain away. There isn’t a lot of Tuna in a tin, however and it was barely enough to feed one hungry person.

We had high hopes for this jarred white tuna which is soaked in olive oil. It almost delivered. It has a lovely firm and meaty texture and is not too salty – although there is enough salt in the mix to give it some flavour. The olive oil means it is not as greasy as tuna left swimming in

sunflower oil, and it adds a hint of flavour without dominating proceedings. It isway too expensive and way too pricey to waste on a lunchtime sarnie.

This is our new favourite tuna fish. It has a lightness to it that you will struggle to find elsewhere, and while it is dearer than many mainstream products, it is not prohibitively expensive. The meat is slightly pink and pleasingly salty, and the olive oil is very pleasant. While you may struggle to find a nicer tinned tuna fish anywhere else, you may also struggle to find this as it tends not to be sold by the mainstream supermarkets, more’s the pity. You should be able to find it in up-market delis, but you may have to pay a premium there. We found it in Little Italy in Dublin’s Smithfield.