Travel desk: what to do in Iran, tourist cap in Canaries and a guide to Toulouse 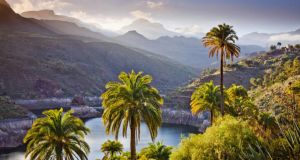 Last year, the Canary Islands and its 2.1 million inhabitants had 13 million visitors 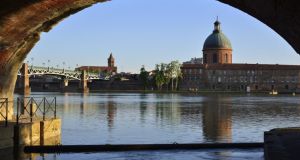 Toulouse: plenty of things to see and do

The local governments of the Canary and Balearic Islands are considering a cap on tourist numbers this summer in an effort to protect the islands’ environments.

Last year, the Canary Islands and its 2.1 million inhabitants welcomed 13 million visitors, while the four Balearic Islands – Ibiza, Majorca, Minorca and Formentera – hosted more than 14 million holidaymakers: between them, they account for nearly half of Spain’s 60 million tourists.

Canary Islands president Fernando Clavijo told El Pais newspaper: “We have to define our model. It has to be with a cap of millions of tourists. We have to set a limit that is respectful of our environment and that does not deteriorate and end up killing our added value, which is nature, our space and the quality that we offer.”

The Balearic government confirmed that it too would consider “setting a ceiling on tourists” and that it wanted to reintroduce a daily €1 eco tax on tourists, that had been scrapped in 2003.

Responding to a sharp increase in customer complaints over the last two years, the European Commission has wrung an agreement from Avis-Budget, Enterprise, Europcar, Hertz and Sixt (who make up 80 per cent of the market) to bring their service more in line with EU consumer legislation.

New improvements to be introduced before the end of 2015 include clearer key information when booking on a website so you know exactly what you’re paying; better upfront information on optional waiver and insurance products and greater transparency of the dispute process for any charges for damages.

A suitcase with shelves

It is surprising that it has taken this long to develop, but it is finally here - a suitcase with built-in shelves. The ShelfPack is a clever design that allows you to split your clothes across four shelves that pop up when you open the bag, creating your own personal wardrobe. For anyone frustrated with rummaging for overly creased clothes, it will be $350 (€319) well spent. It is available from August. shelfpack.com

Brook Lodge (brooklodge.com) in Macreddin, Co Wicklow, has a one-night deal including a two-course lunch and an hour-long spa treatment from €130 a person sharing. The Ice House (icehousehotel.ie) in Ballina, Co Mayo, has a one-night B&B deal for the August bank holiday including dinner from €269 a room. Finally, Jurys Inns is offering discounts on all its properties, including four in Ireland: book seven days in advance and earn 15 per cent off on all stays between July 27th and September 13th.

Five things to see and do in Iran

Iran’s tourism industry is set to grow dramatically following the lifting of economic sanctions. When the trickle of visitors becomes a flood, they’ll be visiting a country rich in ancient sites, stunning landscapes and an endlessly welcoming people. Here’s five places to put on your must-see list.

Bazaar shopping The bazaars of Tehran, Esfahan and Shiraz are a bewildering shopping feast of arts, crafts and, of course carpets: you’ll have to hone your patience and your haggling skills to get a satisfying bargain on a native rug or kilim.

Desert home stay, Garmeh The eye-catching village of Garmeh is one of the most popular for desert home stays. Amble by the decaying castle and palms heaving with dates before settling in with a local family for a delicious dinner and overnight. The nearby towns of Farahzad and Toudeshk Cho, between Esfahan and Na’in, are also popular for this kind of experience.

Imam Square, Esfahan The collection of mosques and palaces encircling Esfahan’s main square could be the most beautiful in the Islamic world. Byron’s “common refreshment of humanity” is the world’s second-largest square (after Beijing’s Tiananmen) and a Unesco World Heritage site.

Persepolis The ancient city of Darius and Xerxes and capital of the Achaemenid empire, Persepolis was one of the great wonders of the ancient world – until its destruction by Alexander the Great. But there’s enough in these exquisite ruins – beautiful staircases, fabulous gateways and, nearby, the monolithic tombs at Naqsh-e Rostam – to leave you in no doubt as to its former splendour.

Yazd Iran’s hottest, driest city has a mud brick-walled old town packed with covered bazaars, elegant minarets, blue-tiled domes and traditional courtyard houses topped with wind towers known as badgirs, some of which have been converted into beautiful boutique hotels. It is about as exotic as Iran gets.