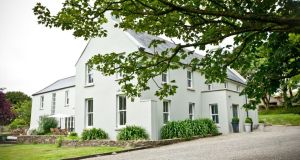 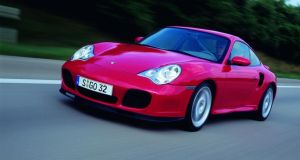 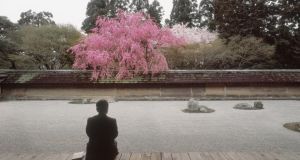 Robot butlers at your service

In a development right out of AI or Minority Report, US hotel chain Starwood has been testing robot butlers in one of its California hotels with the hope of introducing them to 100 of their properties across the world. Guests at the Aloft Hotel in Cupertino – in the heart of Silicon Valley – have been able to call on a robot butler called Botlr (pictured left) to bring them sundries such as extra towels and those little toothbrush-and-toothpaste packs.

Staff at Ireland’s two Starwood properties – the Westin in Dublin and the Athlone Sheraton – have expressed amusement at the experiment, but not so the members of UK hotel workers’ union Unite, who were quick to point out that the butlers were a “nifty little gimmick” but were “no replacement for top quality customer service”.

It may well be a gimmick, but Starwood isn’t the only company exploring the viability of a mechanical Jeeves. Royal Caribbean Lines’ new cruise ships will have a Bionic Bar where robot bartenders will mix cocktails and serve drinks. Quantum of the Seas and its sister ship Anthem of the Seas will be launched in April 2015.

You can experience a slice of rock ’n’ roll life in West Cork as the former home of Jimi Hendrix’s bass player is available as both luxury self-catering accommodation and – from October – as a boutique B&B. Noel Redding lived in Dunowen House (dunowenhouse.ie), a Georgian farmhouse 10km south of Clonakilty, for 30 years until his death in 2003. The house sleeps 16 comfortably in six well-appointed suites, and owners Kela and Stephen Hodgins are on hand to cater for dinner parties or offer personalised guided tours of the area. There are two reception rooms, a formal dining room, a play room and a four-acre garden with access to a private beach. B&B rates start at €80 per person per night; self-catering rates for the house start at €500 a night or €2,400 a week.

One of the biggest events on the Venetian cultural calendar takes place tomorrow with the Historic Regatta, which has been held here since 1315 and culminates in a highly competitive gondola race. Here are five hotels worth considering for your next visit to La Serenissima.

Gritti Palace (Campo di Santa Maria del Giglio 2467; hotelgrittipalacevenice.com; double from €450). A palace on the Grand Canal that once belonged to the doge, the Gritti is everything you’d expect from a Venetian luxury hotel.

Hotel Danieli (Riva degli Schiavoni 4196; danielihotelvenice.com; room from €270) There’s arguably no better view of St Mark’s and the lagoon than the rooftop terrace of this hotel spread across three buildings – one a 14th-century former doge’s house, another an ornate 18th-century palazzo and the third a Fascist-era building with a modern interior.

Palazzo Abadessa (Calle Priuli 4011; abadessa.com; double from €130). A refined four-star boutique hotel in a palazzo that dates from 1540. Yes, they’re two a penny round these parts but not all of them have such beautiful rooms and attentive staff.

Novecento (Calle del Dose 2683/84; novecento.biz; room from €150). A family-run boutique hotel that is heavily influenced by the rich style of Mariano Fortuny, but throws in some Ottoman flavours and Indian touches.

Waldorf Astoria is offering guests the chance to burn rubber behind the wheel of a supercar. Guests at the chain’s six hotels – in Boca Raton, Florida; Park City, Utah; Palm Springs, California; Scottsdale and Phoenix, Arizona; and New Orleans – can take part in the Waldorf Astoria Driving Experience (waldorfastoria.com/driving experiences) on selected dates from late September to December. The cars include a Ferrari 458 Italia, a Porsche 911 Turbo and a McLaren MP4-12C and each participant will be given a driving course by Belgian racing champion Didier Theys before setting off on a set route. The cost is $999/€758 per couple plus the hotel room. Meanwhile, InterContinental has introduced a photography masterclass to its weekend packages at four of its European hotels – Dusseldorf, Paris and two in London. Craig Easton, 2012 Travel Photographer of the Year, will host the classes, which are free when booked as part of a Weekend Escapes package. Two-night packages for two cost from £939/€1,182 at the Westminster and Park Lane hotels; see intercontinental.com

As Doctor Who returns to BBC1 and Scotland gears up for its referendum, a new Whovian tour hopes to highlight Scottish links with the Time Lord, who first appeared on TV in 1963. Glaswegian Peter Capaldi is the 12th actor to play the title role, and Glasgow is the only city in the UK to retain the blue police boxes that inspired the Tardis. The self-guiding tour brings you to St Ninian’s High School (Capaldi’s alma mater), the Royal Conservatoire – where David Tennant (the 10th doctor) studied – and the Crystal Palace Pub, where the Doctor Who Society meets twice a month. See peoplemakeglasgow.com

Windowless planes may be the key to cheaper air travel. A UK technology company is investigating replacing windows with interactive display screens that would project the sky outside. A government-funded technology centre in Sedgefield has been testing printed electronics that would decrease the weight of the plane and create a “multiplex digital cabin, according to Vik Kachoria, CEO of US-based Spike Aerospace. The company will use the technology on its Spike S-512 supersonic jet, which will be ready for delivery in 2018.

EAT Ozawa (Minami gawa, Gion Shirakawa Nawate Higashi iru; meals around €30) Tempura made before your eyes in a reasonably priced spot on one of Kyoto’s most beautiful streets.

DEALS OF THE WEEK