Why are French children better behaved? 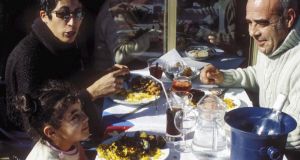 French parents never discipline or punish; they ‘educate’ in a loving manner, while also letting children know they are not the centre of their parents’ universe. Above, al fresco dining in France. Photograph: Philip Game/Lonely Planet via Getty Images 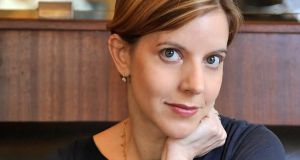 Pamela Druckerman: ‘The French assume that even good parents aren’t at the constant service of their children, and there is no need to feel guilty’

French parents have better- behaved children because they look after themselves first. The majority of babies are breastfed in the beginning, but if the mother suffers cracked nipples or any other problem she is encouraged to move on to the bottle. Infants naturally keep parents awake for the first two or three months, but then breastfeeding usually stops. From two to three months, babies are expected to sleep alone in the dark through the night. Parents leave them to cry for longer and longer periods, which teaches babies to comfort themselves and also that they are individuals.

This is just the start of raising French children, who sit patiently at the table awaiting their food because they are on a strict schedule of meals with no snacks in between. They learn about delayed gratification from the start.

French parents never discipline or punish; they “educate” in a loving manner, while also letting children know they are not the centre of their parents’ universe. Children know that a firm “no” means no. US-born Pamela Druckerman, author of French Children Don’t Throw Food, had to be taught to say a firm “no” by a French friend in the playground, who advised that saying it with conviction was what mattered. To her amazement, after several tries, it worked.

Evenings are for the parents to spend time together, so if the younger children are not in bed by 7pm, the older children occupy themselves quietly and don’t disturb “adult time”. “The French assume that even good parents aren’t at the constant service of their children, and there is no need to feel guilty,” she says.

Now compare this to Irish children, who give their parents sleepless nights for years in some cases and even share the parental bed. An Irish child sitting patiently awaiting a meal and eating with a knife and fork? Snacking in front of the TV and eating with fingers is more like it.

In the evenings in Irish homes, children rule the roost. We overparent, hyperparent, helicopter-parent, stock our shelves with baby books and turn our homes into a relentless kindergarchy.

The middle-class French, who give their children firm boundaries but also plenty of relaxed free time to be themselves without parental intervention, have got it right, says Druckerman. Druckerman’s book has been translated into 24 languages, and she regularly writes for the New York Times.

While Irish mammies sacrifice themselves, French mothers enjoy six days in hospital after birth with a gourmet menu, including wine, and get their tummy tucks free on the national health service, as well as physiotherapy to tighten themselves up “down there” to enjoy better sex during that parental alone-time.

French parents have free daycare, and in school, children are given healthy meals of several courses at lunchtime. Children get three meals a day and one small repast at 4pm.

When Druckerman has US friends visiting her in Paris, she notices that her friends let their children eat when they are hungry. Druckerman’s children are told they will be having a meal at such-and-such a time, and that it’s best to be hungry to enjoy it. She has even had one of her twin sons ask for more spinach.

Contrast this with an Irish family. Uneaten sandwiches in the playground for lunch, and if the family eats out, the kids are running around the restaurant, hiding under tables, emptying salt shakers and sugar packets, disturbing other diners and squalling that they hate the food, or else they’re eating it with their fingers and spreading it around the place.

Druckerman’s eureka moment came when she and her British husband, Simon Kuper, a columnist with the Financial Times, were on holiday a few hours from Paris with their 18-month-old daughter, Bean, before the twins came along. In contrast to French children, their daughter was so fussy and fidgety they had to ask for the food to come immediately, then one parent had to bring the daughter outside to the beach while the other ate and vice-versa. It was far from the leisured French dining experience. They threw tips around to apologise for the torn napkins and tossed calamari.

While Druckerman found it difficult to make close French female friends (it’s always the formal “vous”; saying “tu” can provoke an international incident, she says), her observation of their parenting style made her realise the conservative French culture instilled in young children a way of behaving that all families conformed to, no questions asked.

Culture matters, of course. You may be relieved to know that when Druckerman brings her children home to the US, they tend to “go native” there, just a little.

The Zurich Dalkey Book Festival runs June 11th-14th. It will feature more than 50 events, including family events. Booking is essential.