What’s not: RTÉ’s lack of podcasts and running for president 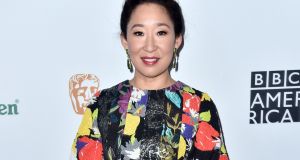 Explosion of colour from the Irish designer at London Fashion Week.

The new documentary from Michael Moore.

With autumn rolling in, it’s time to read and discuss.

The plans by Grafton Architects and Shaffrey Architects look amazing.

Channel 5 announces the new season is the last.

There are way too many ways for people to message these days. Bring back phone calls?

Mark Wahlberg’s ridiculous reported daily regime would make anyone shy away from fame.

XR, XS, XS Max. Remember when iPhones were simple (and cheaper), and people with small hands could use them?

Why can’t we have them on expanded paths, not roads?

Paul Flynn: A wonderfully easy and logical way to feed your family
3

Let’s go outside: The why, how and where of getting outdoors, whatever the weather
7