What are men looking for now in a partner? A ‘laying hen’

How to Be a Man: Willie Daly, resident Lisdoonvarna matchmaker, on love, relationships and modern technology 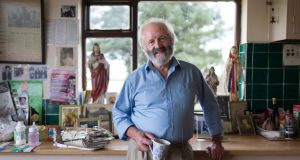 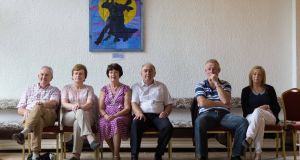 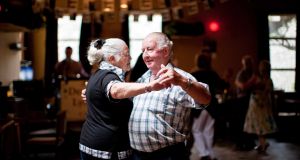 When Willie Daly first started out in the matchmaking business some 50 years ago, many of his clients were older men seeking young women.

“Now it tends to be the other way round,” he says, sitting in his kitchen overlooking what should be Liscannor bay in north Clare, but covered in a thick fog.

“I get a lot of young men now aged from 27 to 45 years, and some are that little bit shy and unsure and attracted to women almost twice their age.”

Autumn is a busy time for the dating “king” of Lisdoonvarna, who spends the month of September ministering to those seeking love or companionship – or both – at Europe’s longest-running singles festival.

For the past three years, he has also taken his family’s century-old ledger to an LGBT event, the “Outing”, in October – although he says “that side of things” isn’t quite as busy as he had expected after the marriage equality referendum.

“I think the LGBT community is probably more reliant on the online,” he says.

Daly lives down a lane off the N67 marked by hand-painted signs for his riding stables and farm museum. His family cottage nearby, where his grandfather and father played Cupid, dates back to the 17th century.

The stables by day complement his social business by night, as he offers clients a guided “love trail” on horseback over the Burren landscape during the summer months. His energy levels are “better in the morning”, he says, and so he has set some time aside to discuss what it means to be a man.

A bridle serves as a front door knocker, and Daly’s warm greeting is to “come in and count your money”. In the kitchen, religious statues are interspersed with photographs of his family, newspaper cuttings and posters.

Three black-and-white photographs of Marilyn Monroe, and one of Elvis Presley, surround a framed shot of Pope John Paul II.

‘Now everyone is on computers’

As he makes a thick brew of tea and finds the Rich Tea biscuits, there is a periodic spray of water from the tap which is greeted with a shower of expletives.

His neighbour and good friend John Joe Commane has been busy trying to fix a tap which has “other ideas about itself”.

“John Joe is a very, very hard-working man, and there is nothing that he cannot do,” Daly explains by way of introduction.

“You would need 10 men now to do the jobs that he can do – digging out a house foundation, laying blocks, installing windows, plumbing and putting in radiators, doing the electrics, plastering, hanging doors, carpentry and doing the roof.”

“Myself and my three brothers used to be able to lay 400 blocks a day,”Commane responds proudly. “We could build in three-and-a-half days what takes a month today . . .”

“Now it has all changed, and everyone is on computers,” Daly says. “I was talking to two young men this week who were digging the ground to put in a stake for a fence, and I observed that the hole they had made was so small that it wouldn’ t take a pencil.”

“One of the lads told me that the job would probably be done by a machine in a few years’ time anyway, so what was the worry . . . I think that’s how many young men feel about themselves.”

It is “very confusing”, Daly adds. Technological change, he believes, is having a radical impact – opening up the world to women, restricting it for men – and there are fewer opportunities for young men to acquire the sort of life skills that both he and his neighbour possess.

Commane concurs, as he continues wrestling with the recalcitrant tap.

Seven years ago, Daly predicted that farmers would be back in demand among women seeking a mate, as building contractors would have fallen out of favour due to the economic crash.

“But now farming is being killed off by a combination of bureaucracy and bad weather,” he says, as he gazes out the window at the brewing equinoctial storm.

The farming they knew was tough – hand-milking 24 cows on a three-legged stool – and long winters feeding hay to cattle indoors. They also remember with fondness the summers on the bog. Both still have access to a local patch, and both know how to cut turf with a sleán.

“Mayday, you’d generally let the cows out, and then you went to the bog, and you’ve have gardens to do and the bog work . . . all that was a change,” Daly explains.

“The therapeuticness of it was that I would come back and I’d have the cows to do,”he says.

“Now your hands would be sore from cutting turf, and blistered there in the centre of them from the sleán,” he says. “So that part of your hand would be very raw, but you might put a sock onto it. But you’d have a bit of fun on the bog, and ‘twas way up the mountain and I would certainly associate it as a holiday.”

A man who was a “good little worker” on a farm or in a building job was very attractive to women before the “Celtic Tiger”, Daly says, particularly those women with “women’s wiles”.

“Then unfortunately women started proving that they can do what men can do, and so then you have the situation where men are inclined to say, ‘that’s alright then, and we can relax a bit more’ then.”

“Some things haven’t changed, in that a man is still about 26 at least before he is looking for a partner,” he says. “A new thing that some fellas are looking for is that laying hen.”

“Well, there’s always been a type of man who did look for that – a woman with a job for herself. It slightly excludes love, and is more about security,” he says.

“You have men who are very romantic and love is very exciting, and then men who want to feel secure and safe,” he continues. “There’s an old saying that God is good while the wife is working..”

He has found men in secure jobs – often State jobs – tend to seek this extra security, because they are “seeking a certain standard of living, and want a woman of substance and prudence”. The couple would then work on their partnership, and would be “happy for those reasons”.

“A poor man . . . well, he won’t find a professional person, but he will find love,” Daly adds. “So the poor man is happy by day and happy by nights!”

One of his first matchmaking experiences was as a young boy with his father, when an old man had been partnered with a much younger woman who seemed to be quite nonchalant about it all. Part of his father’s work involved negotiating the dowry. He remembered spotting three old women over in the corner of the room – during what he calls the “plucking the gander” stage of the dowry talks.

“There was a pisreóg or saying that if a man wanted to be lucky, he would have no sex for the first five nights, and so these old women were sewing the trousers of this man so he would wear them back to front for that stage.”

Now that the tables have turned, and older women are linking up with younger men, he believes it is a reflection of a brasher, louder society, where “girls have been putting on make-up since they were 15”.

Women in their sixth decade, “often a little bit glamorous”, are comfortable in their own skin, he says.

“They radiate a happiness that can be very attractive to young men, particularly between about 12.30 and 2am at night,” he laughs.

He says he is not surprised at this trend, because “society pushes many sensible decent people aside now” and it is “so loud and brash out there”.

“I often say this to young girls, that they should not be put off by a quiet fella,” he says. “There are two types of men – the ones who have 50 or maybe 100 smart words, and then can’t say much more about anything ”, and then the “nice, quiet lad” who is “not overly familiar”.

“When a woman gets talking to him, well, he has a lifetime for the taking . . .”

Comfort eating your way through the pandemic? You’re not alone
5

Married to Gene Kelly: 'He didn't seem that old to me'
8