Teacher, poet and founder of an influential imprint 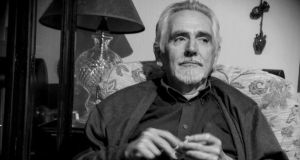 If the Dublin of Michael Smith’s upbringing was central to his work, so too were the landscapes, people and poets of Spain – a country he returned to again and again and whose poets he served as a dedicated and sympathetic translator.

Michael Smith’s gift were many – as poet, translator, teacher, founder and guiding spirit of an influential press and literary journal. He was also mentor to many writers whose talents he encouraged with typical bluntness about the required standards.

He was also an idealist and a man of the left, a lifelong political leaning that took root in the surroundings of his childhood in Dublin’s Sheriff Street, close to the North Wall.

That place and those nascent experiences were later to invigorate and define his own poetry and provide his work with much of its imagery.

A scholarship boy in O’Connell School, the rigorous intellect that he was later to apply to his critical writings served to lead him in a direction that few from his background achieved in the 1950s – a place at University College, Dublin.

If the Dublin of his upbringing was central to his work, so too were the landscapes, people and poets of Spain – a country he returned to again and again and whose poets he served as a dedicated and sympathetic translator.

Those frequent travels were part of a love affair that was to last his lifetime, up to the days of his final illness, when books of Spanish poetry were kept close to his bedside.

His own first major collection, Times and Locations, was published by the Dolmen Press in 1972. In recent years Shearsman Books in England published his work, including a Collected Poems and his final book, Prayers for the Dead, published earlier this year.

He was most proud of the reintroduction into the canon of Irish poetry the work of a number of neglected modernist poets of the 1930s, in particular Beckett acolytes Thomas MacGreevy and Brian Coffey. He served a year as writer-in-residence in UCD, where students relished his blend of reverence and subversion.

When he retired from a 33-year career at St Paul’s College in Raheny, the admiration and affection of a succession of former students lived on.

One of them, Declan Kiberd, referred to him as “an audacious Latin teacher, who treated every text as written from felt experience and not just as a basis for learning language. His mischievous streak led him to teach Catullus as enthusiastically as Horace. The boys in his class loved him.”

Kiberd recalled the circumstance that transformed him into a Spanish teacher: “The Vincentian fathers, knowing of his brilliance as a Latinist, thought (rather amusingly) that this might make him an appropriate teacher of Spanish, and sent him to perfect that language during en extended stay with a priest in rural Spain.

As a teacher, his greatest delight was helping weaker students achieve the kind of exam results they never expected. He earned a reputation as a wise counsellor to both students and their parents.

The inner and outer landscapes of his own poetry could often be bleak, but at its core was a fundamental belief in the human spirit. He was a celebrant of those who lived their lives in “the dark city corners” – his work paid attention to the commonplace of ordinary lives, those on the penny dinner queues and in the Magdalene laundry, the bird fanciers, the North Wall dredger man.

Praise for his own poetry was high. Reviewing Stopping to Take Notes, the poet John F Deane declared him to be a “poet of importance; his themes are central to our times, his sparse, unsparing techniques echo a mind unafraid to face unpalatable truths”.

The English poet and critic Fiona Sampson remarked that his poetry had “clarity, immaculate technical control and great beauty”.

He could hold trenchant views on literary matters. An editorial in one issue of the journal he established, The Lace Curtain, was scathing: “Dublin as a literary centre is a myth, the work of Bord Fáilte admen, an indigenous multitude of tenth-rate non-poets and bombastic shamrock nationalists.”

Another of his former students, author and editor Neil Belton, summed up his convictions as a poet: “You felt that you were being exposed to poetry as an extremely serious art and that the stakes were high, as they were for Eliot, Joyce and Beckett; any work that was less willing to confront the existential and linguistic limits of writing and the human seemed almost trivial.”

While he revelled in his maverick reputation, recognition came with his appointment to the Arts Council in the 1980s and later his election to Aosdána, as well as the distinction of receiving the European Academy of Poetry Medal for translation.

He is survived by his wife Irene, to whom he dedicated a number of magnificent love poems, three daughters, Barbara, Lorna and Alice, and seven grandchildren.

Coronavirus: How to keep your car a safe haven during the crisis
6

Paul Flynn: Here’s what happened when my kids took over our kitchen
Real news has value SUBSCRIBE