Loneliness: the last of the taboos

Who wants to be the solitary voice in a feed of holiday snaps and baby photos admitting that, actually, life’s not that great and you’re pretty bloody lonely? 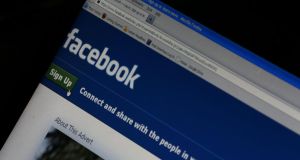 “Hi there, I am a 30-year-old female living in Dublin who’d like to expand my social circle. The last couple of years have seen a mass exodus of friends emigrating or settling down.”

“Hello, I’m 48 and looking to make new friends. I was away for a few years, returned home and all my mates are away or married. There is only so much you can put up with living alone.”

“I am looking to make new friends. Some of my friends are settled down and my single friends spend most of their weekends sitting in by themselves, and I really feel I am missing out on life.”

“I literally have no friends. I try talking to a lot of people but it just goes nowhere. Anyone interested in trying to talk?”

We all know how it feels. It is as much a part of the human condition as love or pain. According to a new study, it is twice as likely to kill you as obesity. And yet no one wants to talk about it. Loneliness really is our last taboo.

During the six-year study of 2,000 people aged 50 and over, which was presented last weekend by University of Chicago neuroscientist Prof John Cacioppo, the loneliest participants were more than twice as likely to die as the least lonely. Previous studies have linked social isolation to a range of health problems, from high blood pressure to heart attacks. The converse is also true: a sense of being part of a community is a key factor in longevity. So the research is fairly unequivocal – loneliness is a major health issue.

Yet when was the last time you heard a politician prioritise something as nebulous as building a sense of community or creating opportunities for social engagement? (And how likely would you be just to tune out if you did?)

There is a stereotypical image of the lonely person – the rural farmer, reliant on his weekly outing to the pub for company, say. Undoubtedly, that stereotype still holds true. But in this individualistic, materially-driven society, loneliness is much more pervasive. A trawl through the small ads (the ones posted above are just a recent sample from local classifieds sites) suggests that age and locality are no barriers.

It wasn’t supposed to be like this. The promise of social media was that it would make us all more connected. Ten years on, it seems to be having the opposite effect, creating a kind of permanent mirage in which the fun is always happening just beyond reach.


Status update
If anything, loneliness in the age of Facebook, the social networking service which made friendships its currency, is more acute.

Who wants to be the solitary voice in a feed of holiday snaps and baby photos admitting that, actually, life’s not that great and you’re pretty bloody lonely? You’d be more likely to post a status update announcing you had gonorrhea. (You’d probably also be more likely to quiz a friend about their sexual health history than to confront them with the l- word.)

But this is a conversation we need to have, for our health, and for our society. And yet we’re terrified to broach it. As the parent of young children, a freelancer, and someone who recently moved to the other side of the world, there are times when I’ve been lonely. That funny, successful guy in the next cubicle at work – he’s often lonely too. The woman from across the street pushing her new baby in his pram – she’s lonely right now.

My name is Jennifer and I’ve been lonely. Your turn.

Like everyone else, I was moved by actor Ellen Page’s speech in which she came out as gay, and by the experiences shared in the Dáil by TDs Jerry Buttimer and John Lyons. Without their courage, there’s a danger that straight people might decide that the battle’s almost over, and marriage rights are just the last step. As rugby pundit Neil Francis’s comments this week illustrated, equality in real terms – the right to be uncompromisingly yourself, in whatever context – is still a long way off.