I fell off the treadmill and lay there thinking of Ireland

Michael Harding: Go you therefore to Ulster and tell them the Good News is for everyone 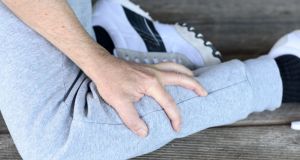 I was on the treadmill last week watching a YouTube video of Rev. William McCrea. The clergyman was bearing witness as to how he came to know Jesus at a personal level. It was a beautiful and moving story.

At an early age young William accepted Jesus into his heart, and was thereby saved. Sometime later his mother was saved at a gospel hall meeting, although on the way home she said to him, “Don’t tell your father.”

Later still his father was saved.

These beautiful moments of grace in the story of an ordinary rural family culminated in harvest evenings when father and son would sing hymns together as they returned home on tractors, with the saved hay.

But it was the story of William’s uncle that caused me to lose my balance and fall off the treadmill.

Because the uncle was not saved. He died in hospital without ever having accept Jesus as his personal Lord. And in the theology of Free Presbyterianism there can only be one alternative. So as this wretched man lay on his deathbed, his nephew William witnessed a terrible truth; the uncle, in the throes of death, uttering the dreaded words – Oh Hell! Oh Hell!

It’s chilling. And as I lay on the floor, my nose wounded by the wall after falling from the treadmill, it dawned on me that perhaps the only way Ireland might ever be reconciled would be for someone from the South to go into every gospel hall of Reformed Christians in Ulster and reassure them that we too in the South, poor sinners that we are, have not entirely placed ourselves outside the mercy of God. For a moment I felt like I was experiencing a revelation: “Go you therefore to Ulster and tell them that the Good News is for everybody.”

But if I were to assert in a Gospel Hall that Jesus had saved me too, then an argument might arise as to which Jesus, or what Christ, had done me the grace. And the bitter conclusion might be that the Jesus of the South is not the Jesus of the North, and in that scenario the atheists would triumph.

“Look,” they would say, “how these Christians snarl at each another,” or as Jonathan Swift put it, “they have just about enough religion in Ireland to hate, and not quite enough to love”.

I used to tour with a one-man show about Jonathan Swift years ago, and I had a deeply spiritual experience when I took it to a festival in Larne one summer.

I mentioned to a member of the committee that I played the flute and he seemed frightened.

He said, “If you play the flute you must meet Tommy Turner.”

“He does indeed,” the man replied. “In fact he’s a member of the finest kick-the-pope band that ever set foot on the streets of Larne.”

That night in the festival club Tommy arrived, a swaggering champion with a flute the size of a large pencil. He sat before me, his body leaning forward in the manner of a chess player challenging me to make the next move.

He played half a dozen marches and then put down his weapon and said, “Your turn.”

I played a watery jig. Then I played another. I felt as robust as a big girl’s blouse hanging out in a shower of rain.

“Have you nothing more?” he mocked.

But that stirred something in my gut. So I played a polka. Not as fast as they play in Cryans of Carrick-on-Shannon but at quarter the pace, so that it sounded like a march.

And then he played again and then I played, and eventually it turned out to be a great night.

“Where did you say you were from?” he wondered.

“Leitrim,” I declared. A place unheard of in remote corners of Antrim, though his eyes widened as if he were seeing the map of Ireland for the first time.

It struck me that his Jesus and my Jesus could never in a million years find the harmony that a few tunes on the flute had achieved between the pair of us. And that may have been the night of my true salvation; to know the Lord in his un-named presence, and his grace like a deeper music that crosses all borders.

Although I still enjoy listening to the Reverend William McCrea at his piano on YouTube, and to be fair to him he has a fine singing voice.