I’ve almost convinced myself that with a little effort, a little less vino, this year just might unravel more energetically and graciously than most 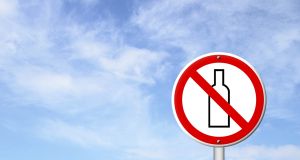 The desire to purge and simplify remains with me weeks into this sodden, polar-cold, sharply lit new year. No matter how hard I snigger at my own endeavours, no matter how cheesy and predictable I tell myself my efforts are to get healthier, to pare down excess and to achieve some kind of structure and clarity, I can’t help feeling hopeful. Optimistic even.

I’ve almost convinced myself that with a little effort, a little less vino, a little more determination when straggling up and down the seafront and a little more time spent with my posterior in my office chair (although sitting in front of a computer is barely a tiny step up on the cardiovascular scale from being stretched out on a slab), this year just might unravel more smoothly, energetically and graciously than most.

I’ve almost managed to convince myself, but not quite.

The problem with hanging on to good intentions, with keeping the ship of certainty afloat, with struggling to climb from a river of Sauvignon and dry yourself off on a bed of fresh herbs and fresher air, is that the entire shagging country is up to the same trick – and man, I struggle with collective virtue. It reminds me of Lent. This national enema, this communal expurgation of booze, nicotine and fatty fats, reminds me of the dizzying transports of self-denial, of excited self-abnegation, that we convent schoolgirls used to throw ourselves into annually, under the approving gaze of a wimple.

“I am not touching one single chocolate-coated marshmallow tea cake,” we would vow to one another in our crumpled knee socks. “I’m saving up my palm-wide pennies to feed poor starving pagans and make the Virgin Mary clap her plaster hands together in sheer delight.”

And then you would fail. You would eat the tea cake, spin the chocolate Wagon Wheel. There was always failure.

I was in the supermarket the other day, keeping a plucky grip on my resolve, fingering a bunch of blushing tomatoes that were shyly clinging to their dusty vine and resisting my desire to fill them full of brown rice and smack them in to a hot oven. Waltzing around the vegetable aisle in the glaring light of a sanitised January morning, I was also thinking lofty thoughts about the art of Japanese T-shirt folding, courtesy of Marie Kondo’s slim volume, The Life-Changing Magic of Tidying Up. I haven’t read the book, I doubt I ever will, given the amount of articles on her decluttering manifesto I’ve already imbibed.

Her domestic revolution seems to boil down to chucking out half your wardrobe and saying “sayonara, baby” to your balled-up socks and then storing the surviving items of clothing, the ones that bring you unfettered joy, upright and clearly visible in shoeboxes.

So there I was, fondling the fruit, thinking about all the tat that’s cluttering up my life (washed-out jumpers, unwritten novels, the cat) and chewing over something a TV fitness guru had said on the box the night before, which made me want to slip back into a vat of sloth.

He had said, with great chisel-jawed conviction, to an attractive middle-aged lady with painted toenails, who was bravely standing before the nation on a very big weighing scales, wearing a black Lycra boob-tube and a pair of slinky leggings that somewhat unfairly deserted her just below her knee that being even a stone or so overweight was dangerous. “Dangerous,” he admonished. “Dangerous.”

Sure, I was thinking, absolutely, but so is puritanism and a nerve-shredding pursuit of asceticism; so is sleeping with your salsa teacher after a hip replacement; so is chasing the poodle under a bus. Life is dangerous.

A middle-aged couple pulled up to the veggie stall with a shiny new trolley. She frowned at the courgettes, while her husband joined me in prodding the tomatoes.

“Irish – cherry or vine?” he asked her wearily.

We all stood surveying the demure crop. Another man tottered over with a basket. Greetings were exchanged.

“Did you hear about Tommy?” he asked the couple. “Home for the holidays, last night of it, on his way back to England, enjoying the few pints. They went to wake him the next morning. He was dead in the bed.”

“Lord have mercy,” the woman replied.

“Lord have mercy,” her husband echoed.

Life have mercy, I thought, setting sail for the checkouts, eyeing up the gin in my wake.

Expert tips: A dentist on how to have perfect teeth
9