Eamon McClean: Brought generations of Catholic and Protestant children together

‘He had great energy. He was a keen cyclist who had completed a 70-mile cycle shortly before his death’ 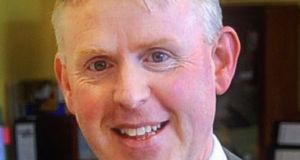 Cross-community worker Eamon McClean has died suddenly aged 50, at his work as manager of the Speedwell Trust at Parkanur, near Dungannon, Co Tyrone.

In August 1971, when Eamon was six, his father PJ was interned without trial. PJ McClean was one of the “hooded men”, subjected to torture and sensory deprivation.

Rather than become embittered, Eamon dedicated himself to help build a society where such things would not happen again.

Through Speedwell, he brought several generations of Catholic and Protestant children together in educational and environmental projects – and sometimes their elders.

He had the knack of bringing people together and finding the best in them.

Often that involved laughing, singing, debating or volunteering on the many boards and committees on which he sat. He had a passion and infectious enthusiasm, which left all who met him feeling better for being in his company.

One, from Catholic west Belfast, related that she had recently attended the christening of her friend’s baby in a church in the Protestant east of the city, something that she would have once thought inconceivable.

He had great energy. He was a keen cyclist who had completed a 70-mile cycle shortly before his death as part of training for a ride from Mizen to Malin with his cycling club.

Eamon Peter McClean was born in 1965, fourth of 12 children to PJ McClean, a teacher, and his wife Annie (née Hackett) and reared in Beragh, Co Tyrone.

He worked as a primary teacher in Sydney, Australia; Auckland, New Zealand; Belfast and in Ballyoisin, in north Co Monaghan.

He is survived by his wife, Róisín, sons Tiernan, Leon and Eunan, mother Annie and father PJ, his father-in-law Michael Gilheany, six sisters and five brothers.

Why we need to talk about deprescribing
10