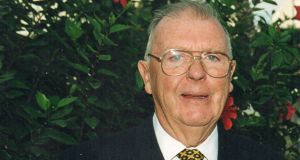 Thomas Patrick (Tom) Donnelly, who has died aged 81, was a former manager of both the Cork Opera House and the Irish National Ballet Company, and also co-founder of the Cork City Opera enterprise.

Born in Cork, he was educated by the Christian Brothers. A consummate actor and brilliant raconteur, he had an endless capacity to make people laugh. He was a protege of the legendary Fr Christy O’Flynn, who ran the famed school known as the Loft next to Shandon steeple in Cork city. Here he learned to appreciate Shakespearean drama, music and philosophy.

He went to London in the 1960s, working at Selfridges and then the Army and Navy stores, where he became general manager.

Returning to Cork in 1965 as manager of Cash’s, now Brown Thomas, he was headhunted by Switzers department store in Dublin. Appointed as managing director from 1972-75, he was the first Catholic to sit on the board.

Theatre and ballet remained his passion and he left Switzers when asked by Jack and Maureen Lynch to manage the Cork-based Irish National Ballet Company in 1975.

The company was constantly in need of funding and it was largely due to Donnelly’s efforts that it survived for another eight years until 1993.

With friends such as Micheál Mac Liammóir, Anna Manahan and

Anew McMaster, it was not surprising that Donnelly’s next role would be as manager of the Cork Opera House, which also relied for its survival on the support of theatre-goers and the generosity of local business houses.

With the company’s financial future relatively secure, Donnelly retired to Crosshaven. Fifteen years ago, he moved to Spain, where he has died following a brief illness.

He is survived by his sisters Phyl and Noelle.