A booze-free year: no colds, fewer rows and a quieter me

Lent – a mere 40 days of abstinence – is for wimps. Paul Cullen looks back at a year without alcohol 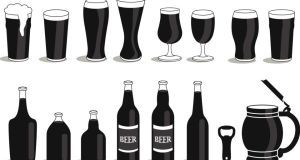 It was some time into the sixth week of Christmas festivities that I realised the drinking had to stop. From the mid-November parties to the New Year’s toasts, every day offered an excuse to load up on alcohol. Worse than that: it felt like a requirement if you weren’t to be labelled a grinch. Yet I was tired of it all. Tired of the fuzzy-headed wakings, the sour, chemical tang of cheap plonk, the gassy legacy of bland lagers.

I was just as tired of the ranting blowhards, the on-street urinators, the Dutch-courage brawlers and the sobbing wrecks, all of them driven by alcohol on roller coasters of emotion, all of them outsized features of Irish life.

I write about health for a living, so I was well aware of the ruinous impact of alcohol on Irish life: the needless deaths each day; the €1.5 billion a year it costs the health service; the fact that it’s a factor in two out of every five road crashes. I could see how the industry has captured big public events, from sporting fixtures to St Patrick’s Day. But as I drank myself, I asked myself, whose side was I on?

I was aware of the scientific consensus that there is no safe level of alcohol intake, although health concerns played little role in the decision to pause my own consumption. As a parent of youngish children I was becoming increasingly conscious of the ubiquity of alcohol, the way it saturates every part of life. Guilty, too, about the example I might be setting.

Not that I’m a big drinker. But then everyone says that, just as they underestimate their daily consumption. What’s a unit between friends, anyway?

Over the years I was a few-pints-in-the-pub man, plus an odd-glass-at-home man. With time the trips to the pub were becoming rarer, while that odd glass at the kitchen counter was becoming more regular – because I’m worth it and all that. End of a long day, don’t you know. Kids off to bed – finally. Alcohol was becoming less of a social lubricant, more of a crutch.

I hatched a challenge. Just stop drinking at New Year. Tell people it’s for a month but aim, secretly, for longer, maybe even a year.

And so I began my year without beer – and all alcohol – in January 2016. The depths of winter, a time for hibernation anyhow. A month spent watching box sets on the couch, the local drinking dens temporarily off limits.

It wasn’t actually so hard, at least at first. Sometimes saying a firm no is easier than a maybe.

At home much of the drink we had bought for a Christmas do was still in the boxes, but there it stayed. I threw myself into a fitness drive, like everyone else at the start of the year, but with extra time and energy. More books were read, and movies seen, than hitherto. I embarked on a new career as a designated driver.

Improved sleep was a welcome early benefit, along with a clear head in the mornings. I felt pride in my ability to declare my independence from alcohol, knowing how it has a nasty habit of taking over, of calling the shots, to use a bad pun.

Weeks turned into months, and still the going was good. I developed a routine. Nonalcoholic beers, some of them reasonably palatable, became my drinks of choice for celebrations or at the end of the week. As people thought you were drinking there were fewer funny looks or interrogations about why you weren’t.

I had more time now, although what I did with it I’m not certain. I must also have saved a good deal of money, although, again, where it went I don’t know.

A major, unexpected plus was having next to no colds, sniffles or headaches. I attribute this not to any direct health impact of abstention but to the fact that I was spending less time in close proximity to others, as you do when socialising in noisy late-night pubs.

You come to realise how much we are hard-wired or conditioned to associate drinking with the prized moments of our social life: red wine with a rare steak, cider or lager on a hot summer’s day, a pint of Guinness in a snug pub in the heart of winter. Not to mention all the champagne or prosecco hauled out to mark births, deaths, birthdays and New Years.

Yet I found that the impulse to imbibe passes quickly, so I managed to stay dry throughout those birthday events, the summer holidays in Spain, and even a gathering to remember a dead friend. There might have been half a dozen occasions during the year when I yearned, briefly, for a drink.

Without the support – or is it the lubrication? – provided by alcohol I present a different face to the world. I’m quieter, more passive, less visible.

I had less tolerance for people made argumentative, aggressive or long-winded by drink, while recognising that I hadn’t been immune to these flaws in the past.

Wistfully now I recall how many times I found myself, after a few drinks, in heated debates (arguments, really) and wondering how it was I had ended up there and what I had said to dial up the temperature.

As my year off the beer drew to a close I noted some of the downsides of my abstinence. Those friends I used to catch up with occasionally over a beer but hadn’t bothered to contact. Not having drink available as a relaxant, a destressor.

“It’s very flat,” a colleague said of the way time passes when you are socialising without alcohol, and I think I know what he means.

Without the support – or is it the lubrication? – provided by alcohol I present a different face to the world. I’m quieter, more passive, less visible. Maybe that’s not entirely a positive, but it is the real me.

January rolled around eventually, and I took to drinking again. Not much, really: just a glass here or a pint there. I have dialled down my consumption, and that pleases me. As I get older I’m less tolerant of the side effects anyway.

Drink and I are acquaintances now rather than close friends. I still like that first sip of Guinness or a quaff of a decent wine. It’s the rest of the glass that I can take or leave.

‘At night I would go to my room to quietly drink.’ Irish women and addiction
6