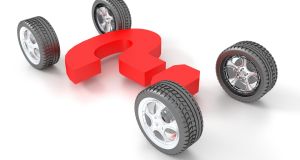 Audi is the most desirable car brand in Ireland, according to a survey of nearly 4,000 motorists. In contrast, Renault was selected as the brand they would least consider buying from a list of the top 10 sellers.

The annual 123.ie Irish car review survey found the German premium brand comes out on top, if budget was no issue. Audi was tops with 15.2 per cent of respondents, followed by BMW (12.7 per cent), Mercedes (12.5 per cent) and Land Rover (9.8 per cent).

It seems Irish buyers don’t really aspire to the luxury/sports car brands: even with no budget restriction, Aston Martin only garnered 7.5 per cent, still well ahead of the rest of the performance car brands, including Porsche (4.9 per cent), Ferrari (4.7 per cent) and Lamborghini (3.5 per cent). Rolls Royce rated top among just 2.3 per cent of those surveyed.

Of the mainstream brands, Toyota topped the list with 3.9 per cent, ahead of Volkswagen (3.3 per cent) and Ford (2.2 per cent).

At the other end of the spectrum, presented with a list of the top 10 best-selling brands in Ireland, 26 per cent selected Renault as the one they would least consider. The French brand also topped this listing last year as well. Kia ranked second with 11.8 per cent, followed by Seat with 11.4 per cent. Asked to identify a reason for their choices, motorists identified Renault and Kia for “poor reputation”, Seat for “poor resale value”, and Nissan for “ugly cars”. Ford and Opel scored badly for “personal experience”.

Ironically, Audi was considered the dearest to buy and maintain, but had a very strong satisfaction rating among Audi owners. In fact, all German car brands, including Audi, Mercedes and BMW, scored high satisfaction rates with current owners.

Research consistently points to car owners in Ireland demonstrating high levels of brand loyalty. Audi owners emerged as the most brand-loyal, with 90 per cent saying they would buy the same again. It was closely followed by Skoda on 87 per cent, then Mercedes and Toyota, both on 80 per cent.

At the other end of the scale, Renault and Kia owners are least happy of all car owners and demonstrate the lowest levels of brand loyalty; fewer than 60 per cent of Renault or Kia owners said they would choose the same brand again.

More than a third of the 4,000 motorists surveyed said they plan to change their car this year, with 64 per cent looking to buy a used model. The fall in sterling after Brexit hasn’t gone unnoticed, with 60 per cent recognising the value offered by UK imports.

However, only 4 per cent said they would choose an import. The majority – 75 per cent – said they would go through a dealer for their next car, and less than 20 per cent opted for a private purchase.

Motor tax remains a key imperative for 92 per cent of those surveyed. And despite increasing efforts to move people away from diesel, 64.7 per cent said they would still opt for it when looking to buy their next car. Hybrids, however, have increased in popularity, with 6.8 per cent saying they would look to this engine format, up from 3.9 per cent last year.

In terms of electronic equipment fitted to new cars these days, nearly 60 per cent of motorists ranked Bluetooth as the most important feature. Adaptive cruise control (54 per cent) is considered more important than a digital dashboard (48 per cent).