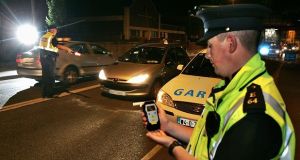 A law introduced to ensure drivers involved in a serious collision are tested for alcohol is not functioning effectively because the Garda computer system has not been updated to take account of the new tests nearly two years after they came into law.

The Road Traffic Act 2011 was introduced in June of that year to remove the discretion for a garda to decide whether a motorist involved in a crash where someone was killed or seriously injured required an alcohol test.

The only exceptions are cases where a test is considered prejudicial to the driver’s health.

Pending legislation is now due to remove this exception shortly.

However, figures released by Minister for Justice Alan Shatter show that in 10 per cent of the 608 fatal and serious injury collisions last year, gardaí exercised their discretion and did not test for alcohol despite this discretion no longer existing in law.

It has now emerged that the form used by gardaí to record the details of a collision on their Pulse computer system still contains a section where a garda can state that they formed an opinion that no test for alcohol was required.

A Garda spokesman said the C(T)68 form, used to record the details of a crash, was now going to be updated because it was creating “confusion”.

He said the form contained a mandatory field to indicate whether a roadside breath test was carried out.

“If ‘no’ is selected a reason must be selected from a list of predefined options – one of which includes ‘opinion formed without test’.

“A change request to modify the list of options on Pulse to provide better clarity for members has been submitted,” the spokesman said.

The Garda spokesman was unable to state when exactly the update would be completed.

Mr Shatter said instructions have been issued to gardaí “emphasising the mandatory requirement to breath test drivers at the scene of both fatal and serious injury collisions”.

Susan Gray, founder and spokeswoman for road safety group Parc, said the organisation was deeply concerned that the legislation was not being fully applied.

Ms Gray called on the Minister for Justice to ensure that the issue was resolved without delay.