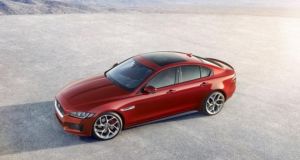 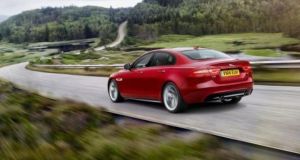 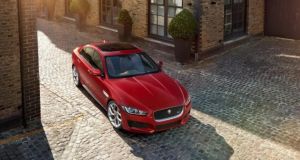 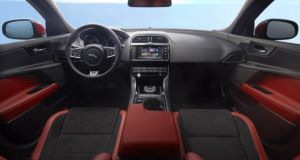 After months of drip-feeding and teasing us with half-lit photos and a myriad of technical details, tonight Jaguar finally unveiled its crucial new XE saloon at a gala event in London. Quite apart from the car itself, singer Emeli Sande and actor John Hannah were on hand to slip the covers off of the most important new Jaguar for a generation.

Important because it removes both barriers and excuses from Jaguar’s path when it comes to competing with the German Big Three.

Jaguar’s last attempt at a compact, BMW 3-Series-sized saloon was the X-Type, unveiled in 2001 to much hoopla but to disastrous sales. It more or less bankrupted Jaguar and indirectly lead to then-owner Ford selling the company (hand in hand with Land Rover) off to Indian conglomerate Tata, under whose care both brands have prospered.

The XE gives Jaguar the chance to compete against such sales juggernauts as the BMW 3-Series and the Audi A4 and beating either in terms of sales or critical appraisal will not be easy.

Jaguar has played it somewhat safe on the styling front, as the XE looks very much like a smaller version of the well-regarded XF, albeit it has a more rakish style at the rear.

Inside, there is a mixture of XF and F-Type sports car styling and components and, crucially, a new touch-screen infotainment system which can hopefully match the slickness of BMW’s i-Drive or Audi’s MMI - something the outgoing Jaguar Land Rover system could never do. Jaguar claims that the system has seamless smartphone integration, can act as a wifi hotspot and has a clever laser-based Heads Up Display (HUD), which projects high-contrast colour information onto the windscreen directly ahead of the driver.

Underneath its slinky skin, the XE is rather more daring in its technology. Jaguar says that the body and structure of the car are three-quarters aluminium, making it the most alloy-intensive car in its class. That grants it a featherweight kerb weight and allows Jaguar to claim best-in-class CO2 and fuel economy figures for the new 2.0-litre four-cylinder tubo-diesel ’Ingenium’ engine of 99g/km and 75mpg.

While that will doubtless be the best-selling XE model, Jaguar has also tonight introduced a sports V6 diesel featuring the 3.0-litre engine from the XF in S trim, boasting 340bhp and a 0-100km/h time of 5.1 seconds and a limited top speed of 250km/h. All engines will be available with a six-speed manual or eight-speed automatic transmission.

Jaguar Ireland, bereft of a sharply-priced compact saloon to sell since the unloved X-Type went out of production, is especially eager to get is claws into the new XE. Managing Director of Jaguar Land Rover Ireland, Gerard O’Farrell told The Irish Times: “We eagerly await the arrival of the next new addition to the Jaguar family. The new Jaguar XE will further extend our model range to the compact premium segment, offering potential customers a dynamic driver’s car and a very fresh alternative to the current German rivals.

“We expect the new Jaguar XE will appeal to those drivers who desire self-expression from a brand that celebrates individuality. They demand a balance of distinctive design, technical innovation and class-leading driver dynamics.

“The new XE, which will be very competitively priced, will help to double Jaguar sales in Ireland following its arrival in early 2015 and we are quietly confident that everyone who test drives the new Jaguar XE will want one.”

Jaguar sold just 150 cars in Ireland in 2013 and 180 so far this year, 93 per cent of which have been XF saloons. In those terms, the XE with its broader appeal and lower price tag has never been more needed.