After three incidents that have resulted in death or serious injury over the past two weeks, proposed legislation will lift the maximum penalty for leaving the scene of a collision from six months to 10 years in jail, a €5,000 fine, or both 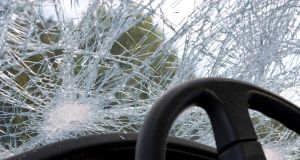 Legal change: the Department of Transport is considering whether leaving the scene of a collision should carry a mandatory minimum sentence

Motorists who flee the scene of a collision will soon face harsher penalties under proposals being drawn up by the Department of Transport.

Under the proposals, the offence will carry a prison sentence of up to 10 years, a fine of up to €5,000 or both in cases of a fatality. This is far more severe than the current maximum penalty, of six months in jail. The proposals are being finalised by Attorney General Máire Whelan and senior officials from the department. The Bill proposed by Timmy Dooley of Fianna Fáil will be debated in the Dáil on Friday.

The proposals have been prompted by concerns that a motorist who leaves the scene of a crash faces relatively light sanctions compared with those for driving under the influence of alcohol or drugs.

Minister for Transport Leo Varadkar has committed to supporting some of the measures in the Bill and will include them in the Road Traffic Bill 2013 (2) when it goes to committee stage in a bid to get the penalties enacted swiftly. He has rejected a call for the period during which someone could be tested for alcohol or drugs after a collision to rise to 24 hours from the current three hours.

Along with the severity of the penalties, the department is considering whether the offence should also attract a mandatory minimum sentence, as is the case with certain road-traffic offences.

The issue of penalties for drivers who leave the scene of crash was highlighted by case of Shane O’Farrell, a 23-year-old trainee barrister from Co Monaghan, who was killed when he was knocked off his bicycle in 2011. The driver did not stop.

Zigimantas Gridzuiska, a 39-year-old, admitted colliding with Farrell and leaving the scene. When the case came to court Gridzuiska was given the option of eight months in jail or returning home to Lithuania. He opted for the latter.

Since Farrell’s death his family has sought changes to the penalties for hit-and-run offences. His sister, Gemma, says the proposed legislation would go some way towards removing the incentive for a driver to leave the scene of a crash, particularly if they have consumed intoxicants.

She says the current maximum penalty of six months also takes no account of the severity of the consequences: a hit-and-run causing property damage and one causing death carry the same penalty.

Dooley’s proposed legislation is based on laws in Canada and Australia, which have more stringent penalties for hit-and-run offences.

There have been three hit-and-run incidents resulting in death or serious injury over the past two weeks.

Gardaí in Cork city have again appealed for information from witnesses to a hit-and-run collision on Halloween night when a French man, Gabriel Jean Lege, was knocked down and killed by a white van.