BMW goes back to its roots with 1 Series 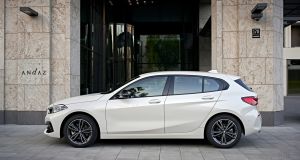 Who would have thought a manual, front-drive, three-cylinder, 1 Series could be one of the most truly BMW BMWs you can buy? 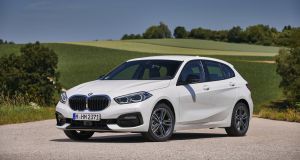 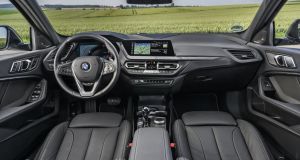 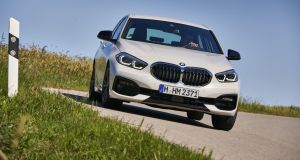 In those days before the traffic disappeared, I noticed a white Porsche 911 slinking by. Nothing too unusual in that – a 911 might be expensive, but it’s not what you’d call especially rare. It did stick out a bit, though. Amid a sea of grey-and-black hatchbacks and SUVs, it practically lit up a dull day, and warmed the air with the soft whirr of its flat-six.

What a shame, thought I. What a shame that the 911 is evolved so far from its original role, from a fast-but-practical, and even relatively affordable, coupe into a proto-supercar with a luxury car price tag. Put it this way – in 1970, a new 911 cost, in US Dollars, $6,430 in basic form. Follow the inflation graph, and that would mean you should, in theory, be able to buy a new 911 for $43,000 or thereabouts. Hint; you can’t.

Much the same thing has happened elsewhere. Take BMW for example. While it hasn’t trebled its basic costs in the same manner as a Porsche (in fact in real terms basic BMWs have become cheaper and more affordable since their 1980s heyday, especially if you’re buying on a PCP plan) the fact is that the centre of the range has shifted.

The 3 Series is now the size that the 5 Series used to be, and realistically you’re going to need to spend north of €50,000 to get one with decent spec and performance. It’s not difficult, at the time time, to run the price of a new 5 Series to within a whisker of €100,000. And then there are the hulking SUV giants of the X3, the X5, and the X7… A BMW is, on average, bigger, bulkier, and pricier than it used to be.

Elsewhere in the range, apparent sacrilege is at work. The 1 Series, always an ugly duckling but usually wonderful to drive with its iconoclastic rear-wheel drive chassis, has been turned into yet another conventional hatchback. For reasons of both packaging and price, BMW has shifted the new 1 Series onto the same chassis as the Mini and the 2 Series Grand Tourer MPV. Urgh. Who, in their right mind, wants a front-wheel drive BMW?

Thus was my mindset as I grasped the door handle of this new 118i and slid inside. I had been mildly distracted by the gorgeous Storm Bay Metallic grey paint (I have a weakness for this new species of primer-style grey colours) and the fact that the cabin, drawing heavily on the 3 Series as it does, is really rather beautifully made.

The driving position is a little awkward – as with the 2 Series MPV you sit a little high up, and slightly pinched by narrow seats, but in fairness you do adjust to it. What’s this, though? A stubby lever sprouting from the centre console, and a third pedal lurking in the footwell? I honestly can’t remember the last time I drove a manual BMW. Time for some left-thigh exercise, so…

Mirror, signal, manoeuvre, and the first thing you notice is just how refined the 1 Series is. This 118i is packing a mere 140hp from a 1.5-litre three-cylinder turbo, but it whirrs along silently in traffic, and if there is an occasional drone of tyre roar and rustle of wind noise, they’re extremely well-suppressed. The 1 Series is also one of those cars where you can actually sense the sheer stiffness and rigidity of the structure as you drive – it feels granite-solid.

As the kilometres roll by, my initial huffiness about BMW switching to front-drive start to evaporate. The steering doesn’t feel quite as “pure” as that of the 3 Series, which is only to be expected seeing as it has to manage traction as well as turning, but it’s still remarkably good, and full of feel and information as to what the front tyres are up to.

The ride quality, firm, as it always is in a German car, still manages to be more flexible than frustrating. And while the little engine isn’t the last word in straightline performance, it’s brisk enough for most purposes, and emits a sonorous growl as you approach its redline. For that matter, you can actually approach the redline without putting yourself at risk of a prison stretch, always a bonus of using an engine with less power than it has aural sweetness.

Out onto quiet country roads, and soon the 118i is flicking between the hedges and over the hump-back bridges in a manner that feels… well, it feels like a proper BMW. In fact, I’ll go further – with its steering, its quality, its compact dimensions, and the light, snick-snick, feel of its manual gearbox, this humble 1 Series feels more like a proper BMW, more like the BMW of my imagination than almost any other model from Munich that I’ve recently driven.

There are some caveats to that. It’s not pretty, although rather better in person than in photos. Rear seat space is nothing special (it never was in any 1 Series). The price tag is still laughable (€42,511 for this one, €33,253 for the cheapest possible model), and – oddly for a small car with a small engine – the fuel consumption isn’t that good. BMW claims 5.4-litres per 100km, we got 6.7l/100km. Then again, we were occasionally driving, ahem, in an enthusiastic fashion.

To say that 2020 has been an unusual year is to dabble in the deepest depths of understatement. But even in the maelstrom of virus, global change and political upsets that we’ve seen, I never thought that a manual, front-drive, three-cylinder, 1 Series could be not just this good, but one of the most truly BMW BMWs you can buy.

Coronavirus: Can we get a caravan park fee refund because of closure?
10