The best cars to order for January, plus the ones to consider and the ones that are worth waiting for 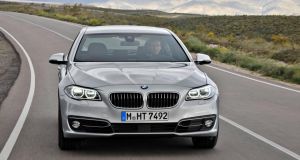 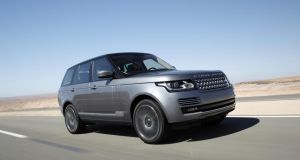 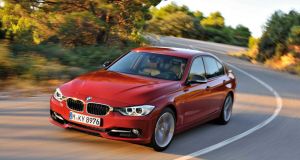 BMW 5 Series
It’s another case here of rivals getting closer and closer to a BMW product but never quite making the final lunge for the finish line. While the 5 Series has become somewhat dangerously ubiquitous for a supposedly exclusive car (how many 520ds do you see swishing around on an average day?) the fact is that it’s hugely popular for a very good reason – it’s brilliant. That workaday 520d is probably the best all-rounder too – just enough power to let you enjoy the sublimity of the chassis, but with the potential for a genuine 65mpg if you tickle it. As ever, best enjoyed as a practical, handsome touring estate. Just avoid the ugly 5 Series GT.

Mercedes-Benz E-Class
Long the bridesmaid to BMW’s blushing bride, the E-Class has become rather better-looking of late (thanks to a well-judged recent facelift), but its cabin is a touch too dour and its four-cylinder diesel engines can’t match the Beemer’s. Still, interior space is superior by far to that of the 5 and if you buy the estate, you have one of the biggest, most practical boots on the planet. And – whisper it – the E actually has sweeter steering than the vaunted BMW.

Audi A6
Familiar in its looks, but the A6 has actually just been updated and the new Ultra models have an intriguing blend of lighter weight and improved efficiency. The bread-and-butter 2.0-litre TDI model is just fine, and sufficient for most purposes, but it’s when you get up into the six-cylinder engines that the A6 really comes to life. The 3.0-litre V6 TDI Quattro is impressive enough, and surprisingly frugal, but it’s the 313hp Bi-Turbo V6 TDI that you really want – that’s a diesel that will truly make you question the need for a high- performance petrol engine.

Jaguar XF
With the XE taking all the headlines at the moment, it’s easy to forget that Jaguar’s 5 Series-sized XF is also due for a major update and it’s coming in late 2015, although Irish deliveries will possibly slip to early 2016. Expect a high-tech all-aluminium structure and frugal new 2.0-litre “Ingenium” engines that promise sub-100g/km CO2 emissions. Expect too to see some daring new styling as the next XF will likely be the vanguard of a new Jaguar styling language. The existing XF is still well worth a look in the meantime, though.
Launches late 2015 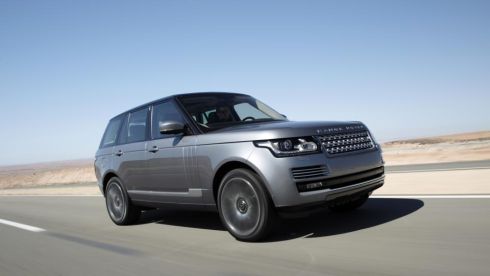 Range Rover
It should be the Mercedes S-Class, shouldn’t it? Well, yes, possibly so. But somehow, for all the Merc’s engineering brilliance and finely-balanced styling, the Stuttgart firm somehow forgot to engineer in some charm – something that the big 4x4 from Birmingham has in buckets. Okay, so the cabin layout can be a bit fiddly and the touchscreen infotainment system is sorely in need of replacing, but this is still a wonderfully sybaritic place in which to spend time, and you have the bonus of the flip-down tailgate doubling as a picnic bench. All food tastes better when eaten from the tailgate of a Range Rover. The 4.4 V8 diesel is masterful but the 3.0-litre V6 diesel is sufficient for most purposes.

Mercedes-Benz S-Class
The S-Class has for so many decades been the sine qua non of the luxury car class, and while we do put the Range Rover above purely on the basis of subjective affection, there’s no doubting the sheer mechanical brilliance of this latest version. Its tech levels are fearsomely high but the new S400 and S500 hybrids keep their CO2 emissions impressively low and there is probably no car more comfortable. The stretched Pullman version (which replaces the moribund Maybach) arrives next year.

Tesla Model S
If it wasn’t for the fact you had to go to the UK to get one, this would be the ultimate choice. It’s eco-cool and sports-car quick, and has more street-cred and head- turning appeal than anything else on the road these days aside from the BMW i8. Elon Musk and his team have created the future now and it’s the car to be seen in on the US west coast these days. If you are in the tech sector – or have any desire to portray yourself as part of the Silicon Docks elite – then you need a Model S in the car park. Tesla has given the car real-life battery range. It’s remarkably well put together, it’s incredibly quick and it bodes well for the next models due from the US car tech giant.

BMW 7 Series
The big 7 has often felt like the rank outsider in luxury car terms, beaten out even by the upstart likes of Audi’s A8. That could all be about to change in 2015 though, with the arrival of an all-new version with carbon fibre bodywork and styling lifted from the shark-nosed Vision Future Luxury concept. Given BMW’s recent brilliance with the i8 and 2 Series, the new 7 could be a formidable luxury foe indeed. 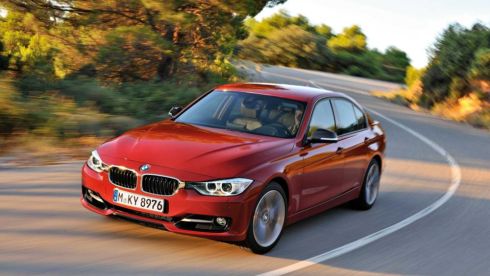 BMW 3
Series It was really, really close between the 3 Series and the new Mercedes C-Class for the top slot in this segment but, once again, the evergreen Beemer just edges it. While its cabin is nowhere near so nice as the Merc’s, the 3’s overall deportment, refinement and agility makes it just that bit more joyful to drive and that is what it’s all about. The new M3 super-saloon is one of the best performance cars, at any price and at any level, you can buy but the best 3 Series of all is probably still a good old 320d Touring estate – there are few cars that can as comfortably perform as many varied roles as that. The Hatchback 3 Series GT is rather better than you might think.

Mercedes-Benz C-Class
If the 3 Series took the victory by the barest of whiskers, then that means the new C-Class must be seriously impressive. Few cars of any brand or market segment have an interior quite as gorgeous and as tactile as this. The chassis has also stepped its game up and offers a rare combination of steering feel and precision and ride comfort. The only weak links are the diesel engines – the 2.1-litre four- cylinder found in the C200, C220 and C250 CDI is just too uncouth for the task at hand.

Lexus IS300h
The compact Lexus saloon is not calculated to appeal to all tastes, but we kind of like that. Its sharp-edged, scalloped styling is certainly divisive (but handsome, in a Japanese Manga style) and the irritations of its CVT gearbox are well documented. Gearbox aside, this is one of the better hybrid systems we’ve sampled and the IS feels as sharp to drive as the chrome fangs on its grille. The cabin is utterly lovely too, with gorgeous instruments, excellent seats and peerless quality. Different is good.

Jaguar XE
Built to banish memories of the underwhelming old X-Type, the XE is Jaguar’s first serious tilt at the BMW 3 Series in, well, ever. Rear-wheel drive, largely made of aluminium and with a high-tech range of ultra-frugal new engines, the XE may look evolutionary, but in a conservative marketplace that will probably play to its advantage. The fact is that this is a classically-styled Jaguar with cutting-edge tech and a price tag likely to start at under €4,000. Who would bet against this being a big hit?
Launches Summer 2015

Audi A4
Having had its thunder somewhat stolen by the smaller, sexier A3 Saloon, the A4 is now going all-out to reinvent itself for 2015. Good thing too, as the current model has started to feel somewhat stodgy and aged. The new A4 should major on lightweight construction both to save fuel and add agility, while the cabin design should represent something of a new direction for Audi. Expect a plug-in hybrid e-tron version too.
Launches late 2015.