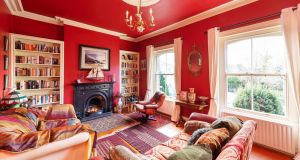 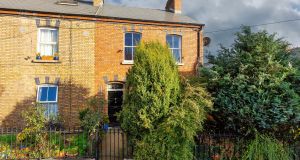 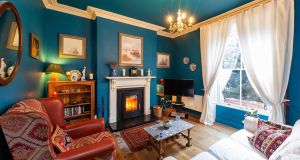 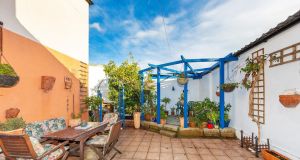 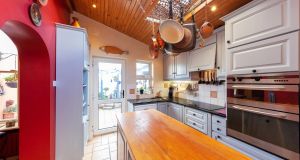 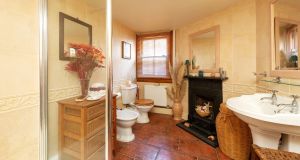 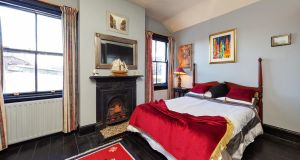 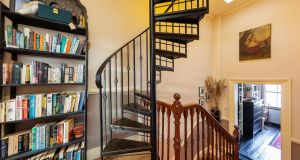 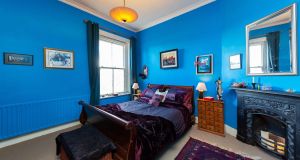 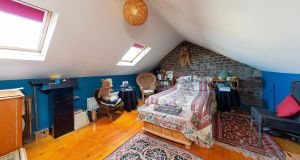 The site on which 45 Donore Avenue – an end-of-terrace Victorian in Dublin 8 – stands was given to Adelaide Hamilton in 1883 by her father under the stipulation she build “a substantial house within 12 months”.

In subsequent years, the rear of the house became an ink factory belonging to the Reynor family – which was located in what are now the sheds of an adjoining property.

The current residents are Melanie and Tony Power, who have lived here since 2000, when they returned after living between Saudi Arabia and Newfoundland. Their reason for selling is an interesting one. Tony’s great-great-granduncle was George Walker Milburn (1844-1941), described by his peers as “the best Gothic sculptor in England”. His work includes York Minster Cathedral – one of the most beautiful medieval churches in the world. Milburn was engaged to rebuild every piece of decorative stonework in the restoration of the southern transept over the course of a decade, and his other carvings include the John Hunter sculpture on the façade of the National Portrait Gallery in Edinburgh.

While researching his relative, Tony discovered the importance and significance of his works and has been engaged by the University of York to write a biography of Milburn. In addition, after discovering that there are more than 400 works extant, he has spent the past six years writing Milburn Found – a tome on the pieces. So the Powers are off to York to complete the books, and have placed their home on the market through Hunters with an asking price of €715,000.

Number 45 is quite an unusual house, in the sense that its layout is not what one would expect. The kitchen lies off the diningroom (it was enlarged by the Powers); they also added a second bathroom, office and pantry, and also converted the attic which now gives a total area of 181sq m (1,950sq ft) including the attic.

In its current layout, the house has three reception rooms: a diningroom and livingroom at hall level, and the original drawingroom upstairs, which runs the entire width of the house, as it was when the house was constructed. All of the rooms have fireplaces – the dining and livingroom each have stove inserts.

The property also has a large utility, which is unusual for a Victorian house.

Currently there are two main bedrooms, and the family use the converted attic as a third. There is an option to use the upstairs drawingroom as a fourth, but it would be a pity as the room is really lovely and benefits from afternoon sun. The office in the extension could always be repurposed as a small single. The house has a courtyard garden with a raised pergola area, and, being south-facing, it takes an abundance of sunlight.