This week in the garden: Get blackberries in shipshape 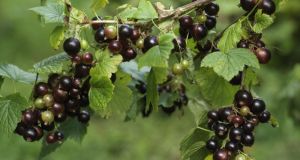 Left to their own devices, blackcurrant bushes will start to sprawl as well as becoming less productive, so get them shipshape for the growing season by using a sharp secateurs or loppers to remove roughly one-third of the stems (choose the oldest, thickest branches) along with any weak, spindly or damaged growth.

Where/if soil conditions have improved enough to be trafficable, get a march on the spring rush by weeding/ hoeing vegetable beds and mixed borders and around the base of fruit trees/bushes. As long as the ground isn’t frozen, you can cover any freshly cleared soil with a layer of organic mulch. Not only will this help to keep it in good heart but it will also help suppress any new weed germination.

Start chitting early varieties of seed potatoes by placing them in shallow trays or egg cartons, then putting them somewhere bright and cool but frost free (ideally about 10 degrees).

DATES FOR THE DIARY