Prolong the colour and freshness of summer 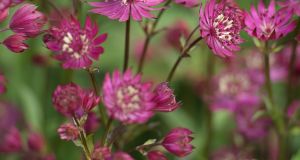 It was the famous English plantswoman Gertrude Jekyll who described the June garden as “the time of perfect young summer . . . with as yet no sign to remind one that its fresh young beauty will ever fade”. But fade it inevitably does, so that by mid-July that first lovely flush of flowers and fresh green foliage has passed its best.

There are, of course, ways to prolong all that frothy loveliness. By regular deadheading and liquid feeding, for instance, to encourage the production of fresh flowers. Or by using (in early summer) clever pruning techniques such as the Chelsea Chop, to delay flowering. But if your garden relies on mainly early- flowering perennials, then even these will only go so far in terms of preventing it from slowly but surely sinking into the late summer doldrums.

Instead, the best solution to those July blues lies in employing a handful of horticultural workhorses – those ultra-reliable perennial plants that will keep flowering their hearts out all summer long, no matter what.

A shining example is the hardy perennial geranium, Geranium ‘Rozanne’ (also known as ‘Gerwat’), which blooms from June until October, producing a haze of violet-blue, white-eyed, saucer-shaped flowers that have a pleasing habit of gently weaving themselves through other plants. Fast growing without being thuggish, and happy in sun or light shade as long as you give it a fertile, well-drained soil, it combines well with everything.

All it asks is that you cut away any faded flower stems and control its sprawling habit by snipping off any unwanted growth. Left unchecked, it reaches an average height and spread of 70-80cm.

‘Rozanne’ is what’s known as a sterile variety, meaning that it produces no seed; this is what allows it to flower for so very long. So, too, is its close relative Geranium ‘Patricia’.  Similar in size, habit and cultural requirements to ‘Rozanne’, this has bright magenta-pink  flowers, each with its own dark eye.

Every July garden should also contain at least a few ornamental sages (as opposed to the culinary kinds), a group of plants that have become much better known in recent years as an increasing number of new varieties are introduced into cultivation.

Among the very best is Salvia ‘Amistad’, a new-ish cultivar from Argentina which blooms from June until October. Its elegant, dark-purple flower spikes, which are beautifully offset by dark stems and inky black calyces, are also beloved by bees.

Tall without being imposing (it reaches an average height and spread of 120cm x 90cm), it needs a fertile, well drained soil, ideally in full sun, but copes with light shade. Again, all it asks is that you regularly deadhead it to ensure a steady display of its flowers throughout the summer.

If your garden is a cold one, you’ll need to give this plant winter protection or bring it under cover, but it’s worth it for the months of colour it provides. For something smaller and altogether zingier, seek out Salvia ‘Cerro Potosi’, which produces its electric-pink flowers on wiry stems throughout the summer.

Like most of the ornamental sages, both cultivars are also extraordinarily easy to raise from cuttings taken at this time of year, so that one plant can quickly become half a dozen.

Zing thing If zing is your thing, then also find a place for a few of the longer-flowering varieties of geums, or avens as they’re also known. One that really earns its stripes in the summer border is ‘Prinses Juliana’. Happy in sun or partial shade as long as you give it a moist, fertile soil, its brilliant orange flowers appear above neat clumps of foliage from June to early October (average height and spread of 60cm). Another, more compact variety (average height and spread of 50cm) , is the newly introduced Geum ‘Scarlet Tempest’ which made its formal debut at this year’s Chelsea Flower Show, and which has scarlet, semi-double flowers.

Finally, no summer garden should be without the dainty Mexican fleabane (Erigeron karvinkianus) a generous, undemanding, bee-friendly and impressively long-flowering little plant that has the ability to self-seed in just the right places, so that its sprays of pink-white daisy flowers soften the harsh lines of the edges of a border, a path or flight of steps. Reaching a diminutive height of just 30cm, it flowers from June to October.

What more could you ask for?

– Make sure that dahlias are properly staked, in order to protect their fragile, fleshy stems from breaking in a stiff breeze or a sudden heavy deluge. Some gardeners like to stake individual plants while others prefer to use a cat’s cradle of dark green garden string woven between supports. The latter could be made of bamboo canes or strong hazel sticks.

– If you’d like to have a go at growing your own saffron (Crocus sativus), then July- September is a good time to plant the corms (large ones, if you can get your hands on them), burying them no more than 10-15cm in the ground.. Their beautiful lilac flowers will appear in autumn, at which point you’ll need to use a tweezers or a nail scissors to harvest the dark-red edible filaments. These should be dried and then stored in an airtight tin. You won’t need much space to grow them – a pot or window box, placed somewhere warm and sunny and filled with a good-quality, free-draining soil-based compost is ideal. See saffronbulbsireland.com

– Keep tying in sweet pea plants as they grow and cutting flowers daily. If you’re growing the plants  in large pots, then it’s also crucial to make sure that the growing medium doesn’t dry out, as this will seriously check growth. Regular liquid feeding also helps with flowering.