Former Bonhams executive Jane Beattie is striking out on her own 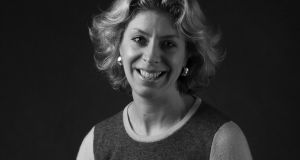 Jane Beattie, the former Ireland representative of Bonhams has launched an new art sales and advisory business that will target both buyers and sellers of paintings, sculpture, furniture and works of art.

The Co Tyrone native worked in Dublin for Adam’s auctioneers where she was the company’s first female associate director, and at the Oliver Sears gallery, before going on to establish the Dublin office for Bonhams, the world’s third largest auctioneers of art and antiques in 2012. She left the company before Christmas and was replaced by Kieran O’Boyle, also formerly of Adam’s.

Ms Beattie says her new business will offer three principal services to art collectors: acting as an agent for private sales, or sales by auction; curating selling exhibitions; and offering independent valuation services. The Irish art market is slowly recovering after the economic crash which saw prices for the work of many modern Irish artists drop by 50 per cent and more. She says while the art market in Ireland “has, predictably, experienced some recovery over the last several years, alongside the property market and the economy in general . . . art buyers are more selective than ever”.

Despite her background in auctioneering she says “sale by private treaty can, in certain circumstances, be preferable” but she would advise clients a case-by-case basis. Having worked for both Irish and international firms she says she can advise on whether or not vendors should sell in Ireland or consign an item to an auction house abroad. In a major coup last year before she left Bonhams she secured the consignment by an Irish vendor of a 23cm-high Chinese bronze figure. It sold in London for £371,000 (€435,530) – almost 25 times its top estimate. The vendor who had inherited the piece, “had no idea of its value and was thrilled and surprised by the result”.

Overall, she says “the international art-sales industry is more competitive than ever when it comes to obtaining quality consignments” and says that the main objective of an agent is “managing clients’ expectations and safeguarding their best interests”. On the sensitive question of the costs involved in selling art, she notes, “fees are almost always negotiable”.

Despite the relatively small size of the Irish art market, and the presence of long-established competitors, Ms Beattie is confident that a business “offering independent and informed advice can be successful in this country” and that her objective is to find “the best value in the Irish and international art market for vendors”.

A fluent Spanish speaker, she is an accredited arts surveyor and a member of the Royal Institute of Chartered Surveyors (RICS) and has a degree in fine art appraisal from the University of Southampton.