When does a herbal medicine become a mainstream medicine? 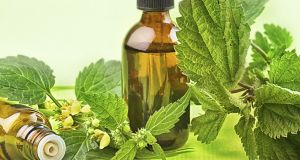 The World Health Organisation endorses the use of traditional herbal remedies. Photograph: iStockphoto

Of all complementary therapies, the one least likely to raise my hackles is herbal medicine. Partly because many modern medicines have originated from herbal preparations (the heart drug digoxin from the foxglove plant and opiate painkillers from the opium poppy) and partly because I have looked after patients who have responded to preparations prescribed by herbalists.

Two in particular come to mind: a young girl with the worst case of eczema I have ever seen who eventually responded to a Chinese herbal medicine prescribed by a herbalist in London; and an adult who responded to treatments given by herbalist and former GAA manager Sean Boylan.

So when does a herbal medicine become a mainstream medicine? According to a recent review by the National Medicines Information Centre (NMIC), the difference is that prescribed digoxin or morphine have been extracted, isolated, purified and formulated in the same way as medicines derived from synthetic sources.

The 2004 EU Herbal Directive uses specific terminology which helps with the distinction. A herbal substance refers to mainly dried whole, fragmented or cut plants or parts of plants; fresh material can also be used. A herbal preparation is something obtained by subjecting herbal substances to certain processes: for example, treatment with a solvent to produce a tincture; or by distillation to recover what is called the “essential oil” (for example, peppermint oil or tea tree oil).

A new study from Baylor College of Medicine and Stony Brook University of one herbal remedy shows the historical and long-term use of herbal remedies is no guarantee of their safety. It outlines scientific evidence suggesting the plant Aristolochia, commonly called birthwort, can cause a serious condition called aristolochic acid nephropathy, which causes patients to experience kidney failure and cancers of the urinary tract.

It seems a compound in the plant, aristolactam, can cause genetic mutations in the renal tissue of susceptible people.

Used medicinally for more than 2,000 years – for conditions as widespread as seizures and arthritis – the plant’s toxicity may not have been recognised because of the lag time between exposure and disease development.

The negative effects of Aristolochia came to light only recently after the conclusion of long epidemiological studies. According to a national prescription database, between 1997 and 2003, 8 million Taiwanese people were exposed to herbal remedies containing the plant. About 5 per cent of these are likely to develop aristolochic acid nephropathy.

The authors say, “It is prudent to assume that many herbs may contain toxic or carcinogenic substances that can cause subsequent health problems for humans.”

However, the World Health Organisation endorses the use of traditional herbal remedies. It and regulators use the concept of “well established use” when deciding to approve a herbal remedy. In the EU this means finding sufficient publicly available scientific data to show the product has been used extensively (typically in excess of 10 years) in clinical practice.

In Ireland the Health Products Regulatory Authority is responsible for approving traditional herbal medicinal products. The full list of approved products is available on its website, hpra.ie.

Among the herbal medicines approved for use in Ireland are: arnica montana, used to relieve muscle aches, sprains and bruises; echinacea purpurea, to help the symptoms of the common cold and flu; saw palmetto fruit for the relief of urinary tract symptoms in men with a confirmed diagnosis of a benign enlargement of the prostate; and valerian tincture or powder to combat insomnia and the symptoms of stress.

Finally, do not underestimate the ability of herbal medicines to cause side effects by interacting with conventional medications.