Want to boost your productivity at work? Get more sleep 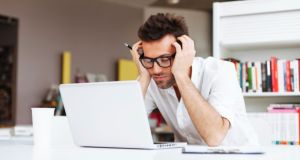 If you’re falling asleep at your desk due to a bad night’s sleep, the effect on your productivity is worse than the effects of a hangover according to new research. The findings come from a study of 21,000 employees commissioned by Vitality Health and conducted by Rand in the UK.

Sleeping for less than six hours per night made workers significantly less productive than those who slept for seven or eight. Poor sleep patterns were also shown to hit people harder, in terms of productivity, than alcohol, smoking and obesity.

Many workers surveyed had difficulty sleeping due to financial concerns. Others were losing Zzz-time due to unpaid care duties to family members, such as young children, and these worries too were associated with poor form at work.

Sleeplessness also causes “presenteeism”, where workers are physically present in the workplace without being as productive as they could be. People with mental health problems such as stress were significantly more likely to practice “presenteeism”.

Other issues included employees with musculoskeletal (back pain, for example) and other chronic health conditions, who reported higher rates of absenteeism and presenteeism than workers without such conditions. The average age of respondents was 36 and half had university degrees.

Workplace bullying was a major cause of lack of productivity, as were unrealistic time pressures, reported by 45 per cent of the respondents. Strained relationships at work were another worry.

Looking at these issues as a whole, all of them can be causes of poor sleep, if you’re lying in bed at night feeling anxious about work or studies. Sleep seems to be the one symptom that needs more than a sleeping pill to solve.

While the research suggests alcohol is a lesser culprit when it comes to work productivity, Dr John Faul, a respiratory physician and sleep specialist at the Hermitage Medical Clinic in Lucan, Co Dublin, has said that alcohol itself is a major cause of sleeplessness. “Ireland is becoming sleep deprived,” said Dr Faul who helped conduct an Irish Times sleep survey last year. “We know that sleep deprivation is effectively a form of torture”. According to Amarach consulting, about a third of Irish adults say they don’t get enough sleep.

The message to employers – as well as parents and schools – is to address bullying, encourage better relationships at work and to support people with stress and anxiety issues.

The problem of being an unpaid carer for family members is a society-wide issue. We all know how inadequate childcare and support for ill and disabled relatives can be.

Lack of sleep is also associated with an increased risk of diabetes, with eating more and impulsively during the day, and with increased risk of Alzheimer’s, dementia, Multiple Sclerosis and Parkinson’s. These are the findings of professor Christian Benedict at Uppsala University, Sweden, who has found that in young men even one night’s lost sleep causes brain changes similar to concussion, which they measured by finding the same biomarkers from brain damage in sleeplessness as in head injury.