Vaccine for bacteria carried by 20% of pregnant women ‘could prevent 100,000 baby deaths’ 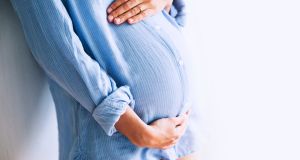 More than 100,000 stillbirths and baby deaths worldwide could be prevented by the development of a vaccine against an infection commonly carried by pregnant women, according to a groundbreaking report.

The impact of disease caused by group B streptococcus (GBS) has not been properly chronicled before and only in relatively recent years has anyone taken seriously its role in the deaths of babies in the womb as well as in the early days of life.

Worldwide, more than 21 million pregnant women carry the bacteria which used to be thought harmless, say researchers from the London School of Hygiene and Tropical Medicine (LSHTM). Today, it is recognised as a cause of septicaemia and meningitis in newborns, with potentially deadly effects, and also as a major cause of stillbirths, but vaccines against it are only now in development.

Eleven papers have been published in the journal Clinical Infectious Diseases and presented at the American Society of Tropical Medicine and Hygiene Annual Meeting in Baltimore, revealing the scale of infection and the damage it causes. They say there are 410,000 cases of disease every year and 147,000 stillbirths and infant deaths. One in five pregnant women carries the bacteria, which can cause meningitis and also life-threatening septicaemia – blood poisoning – in them and their baby.

In wealthy countries, women thought to be at risk are given antibiotics in labour, but that does not prevent stillbirths and is not a practical solution for Africa and other developing countries where the infection rate is high. It could also contribute to antibiotic resistance, which is a global problem.

“Vaccines are the way to go,” said Joy Lawn, co-lead author of the papers and professor of maternal, reproductive and child health at the LSHTM. “They are on the way but it is going to be probably a five-year time horizon. The vaccine process needs to be accelerated. The World Health Organisation is already moving to make sure that when we get a vaccine it will be available for countries where the need is highest.”

In affluent countries, parent groups have called for more action against GBS, including universal testing to check whether pregnant women are carrying the bacteria.

“In the US particularly and also in the UK, it is an issue that is upsetting to parents, because neonatal death rates [in the first month of life] are quite low now and this happens to articulate, rich families; people don’t expect their children to die any more,” said Lawn.

But most of the focus has been on babies born alive who then become ill and die, or are damaged. There has been little attention to GBS as a cause of stillbirths. The team calculate it causes 90,000 infant deaths and 57,000 stillbirths worldwide at a very conservative estimate. There is no global goal to reduce stillbirths, as there is for newborns. “There are 2.6 million babies dying in the last three months of pregnancy, the same number as in the first month of life,” said Lawn. “For the baby who dies five minutes before birth, there isn’t a global goal.”

Stillbirths are under-investigated even in affluent countries, partly because of a sense of fatalism and also stigma. “People don’t know what the causes are. This [GBS]is an incredibly preventable cause,” said Lawn.

The researchers say that a vaccine which was 80 per cent effective and reached 90 per cent of women, could potentially prevent 231,000 infant and maternal cases of disease.

Dr Keith Klugman, director of the pneumonia team at the Bill & Melinda Gates Foundation, which funded the research, said: “The first few days and weeks of a baby’s life are the most vulnerable – by far. By filling in one of the great voids in public health data, this work provides crucial insight and shows the pressing unmet need for the development of an effective GBS vaccine. Immunising expectant mothers is a potentially groundbreaking approach that could dramatically reduce the number of maternal and child deaths.”

Johan Vekemans, co-author of the papers from the World Health Organisation, said an unacceptable number of families were affected. “It is now essential to accelerate the GBS vaccine development activities,” he said.