Using tablets to get online prescriptions 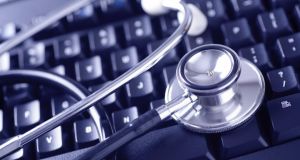 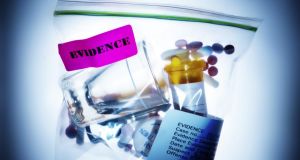 The WHO has estimated that 50 per cent of medicines that are supplied online are fake. Photograph: Getty Images

You can order your groceries, clothes and make-up online, so why not your prescription? With online technology now spreading across the world of general practice, many Irish patients are doing just that.

Lloyds Online Doctor Ireland (lloydsonlinedoctor.ie) is a service through which patients can pay to receive a valid prescription for a limited range of conditions.

The service was launched in Ireland in July 2013 and now has 15,000 registered Irish patients.


Registered GPs
Four GPs, who are all registered by the Irish Medical Council, work for the service, which is based in the UK.

Demand for the service in Ireland has surpassed the company’s expectations, and its growth rate is greater here than in the UK.

Contraception is the company’s most popular area of treatment, representing 76 per cent of all consultations. This is followed by erectile dysfunction (17 per cent) and STI testing (5 per cent).

The patient profile mirrors this trend: more than half of its patients are female and between the ages of 25 and 35.

About 8 per cent of patients who try to use the service are refused on clinical grounds as not being suitable.

There is nothing to stop a patient being untruthful in the online consultation but the company points out that the same risk applies to a face-to-face visit with a doctor.

He says he envisages Irish general practice evolving to where GPs offer an increased range of online services such as booking appointments, giving feedback, receiving test results, and repeat prescriptions or follow-up consultations by Skype.

However, this would work on the basis of the GP’s existing face-to-face knowledge of the patient.

“I can see general practice having far more interactions with patients through online technology over the coming years,” he says.

“It makes sense when the GP knows the patient, so it is about expanding the range of services we currently offer, and would be very different from paying for a prescription-dispensing service, which is not what real general practice is about,” according to Ó Ciardha.


Holistic service
He stresses that general practice is a holistic service and there will always be a role for actual visits to the GP, with online services complementing the service patients receive as part of the whole package.

A lot of opportunistic healthcare takes place during face-to-face consultations, such as asking patients about health screenings for particular conditions; seeing if they would be better suited to a different form of contraception; and educating them on how to have safe sex, for example.

However, technology offers many benefits and Ó Ciardha says smartphone apps are now being trialled to collect real-time patient data and help patients monitor and manage chronic conditions themselves with the data being fed to their local healthcare facility.

This, he believes, could prove very useful in Ireland in the future.

Telemedicine services, which offer video consultations to patients in remote parts of the country, have been available for some time.

There is also a national stroke network that uses “robodocs”, which enables doctors from a remote location to conduct video consultations and communicate with patients and staff. It can also be used to supervise thrombolysis – the breakdown of blood clots – in suitable patients.

He specialises in sexual dysfunction and treats patients from around the world.

Ó Ciardha does not agree that patients find it easier to deal with issues such as erectile dysfunction and STIs in an anonymous, online way.

“I think general practice is excellent at dealing with very sensitive issues in a discreet and appropriate way. I’ve never experienced any problems in my practice with that,” Ó Ciardha says.

Online pharmacies: The law in Ireland

While online GP services and other forms of telemedicine are becoming more common and offer legitimate, convenient ways of accessing healthcare, the area of online pharmacy is still largely treated with suspicion here.

Legitimate online pharmacies do operate legally in a number of countries such as the UK, Canada and the US, and they require a prescription.

However, it is not possible to operate an online pharmacy in Ireland under current healthcare law, according to Matthew Lynch MPSI , a lecturer at the Royal College of Surgeons in Ireland ’s school of pharmacy, who recently gave a public lecture on the topic.

Darach Ó Ciardha, chairman of communications at the Irish College of General Practitioners , says the big problem with online pharmacy is ensuring safety of supply, and there are serious issues with safety and counterfeit medicine.

The majority of online pharmacies that Irish patients use supply medicine that is either not legally available without a prescription in Ireland or is counterfeit, frequently containing harmful substances.

The World Health Organisation has estimated that up to 50 per cent of the medicines that are supplied online are fake. The Irish Medicines Board advises that Irish patients never buy medicines – prescription or over-the -counter – online.

Online prescriptions: How do they work?

To obtain a prescription from Lloyds Online Doctor Ireland, patients fill in a detailed online questionnaire of 20- 30 clinical questions. It is then sent to one of the GPs who assesses the questionnaire and, if everything is i n order, writes a prescription and posts it on. The GPs sometimes seek more information by email or by phone. The consultation costs €25.

This compare s with an average of €50-€60 for a face-to-face GP consultation in Ireland, and the patient receives their prescription in the post within two or three days.


Medical card
Some 38 per cent of the company’s patients have a medical c ard or GP card. So, despite qualifying for free GP care, more than one-third of Lloyds’ patients are willing to pay a fee for the convenience and discretion of an online service.

The company wants to expand its asthma and cholesterol service, and says it would be happy to work with pharmacies to take patients’ blood pressure or check cholesterol levels.

However, it acknowledges that there are many areas of healthcare that don’t lend themselves to this form of clinical treatment.

Dr Tom Brett, medical director of the Lloyds service, admits that many Irish doctors are sceptical about it .

However, he says others have been enthusiastic and have approached the company about working with them “once they see the value and convenience the service can offer to patients”.

Stephen Bourke, the company’s managing d irector, tells T he Irish Times the company is in talks with Irish doctors about setting up an Irish base in which local doctors could provide the service to Irish patients. However, he says , the challenge is the lack of legislation governing online medicine in Ireland.

In the UK the Care Quality Commission regulates practices such as Lloyd’s to ensure they meet th at body’s standards for the provision of primary care.

In Northern Ireland, the Regulation and Quality Improvement Authority conducts a similar audit.

Bourke says the company embraces this approach as it helps patients to distinguish between legal and illegal practices, promoting safety.

However, no real regulatory equivalent exists in Ireland.


Data protection
The Irish Medical Council has limited and very short guidelines on tele-
medicine, which covers only the area of data protection.

Bourke says the company has approached the council about the introduction of regulation for online medical practice.

Darach Ó Ciardha, chairman of communications at the Irish College of General Practitioners , agrees with Bourke that, legislatively, Ireland has a lot of catching up to do in online medicine and the area needs to be regulated properly.