Tiny lives, big impacts: ‘You are never the same after an ectopic pregnancy’ 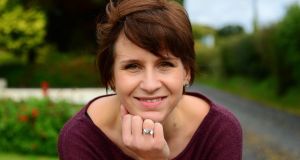 Susanne Brodigan at home in Co Meath. Susanne had three ectopic pregnancies before she had her little girl, Joy. Photograph: Ciara Wilkinson

For the first time three charities that provide support to parents who have lost a baby or a pregnancy are jointly hosting an evening of awareness and remembrance this Thursday, October 15th, which is International Baby and Infant Loss day.

In addition to information from doctors, including the master of the National Maternity Hospital, Dr Rhona Mahony, there will be contributions from parents about their losses, and the importance of grieving.

“My terror is that she would be forgotten. I will never forget her and I think of her now as a little nine-year-old. She would have made her first Holy Communion last year,” says Mairie Cregan. Her daughter, Lilianna, died on January 6th, 2006, but wasn’t born until two days later.

Cregan is a social worker with the HSE and had six birth children, and five children who were either fostered or adopted.

“Giving birth to a dead baby is traumatic. I have worked in Bosnia and Romania and I don’t scare easily. This was a frightening and traumatic experience.”

Mairie was 45 when she discovered she was pregnant with Lilianna in 2005. “She was a late lamb and it was quite a shock to have to tell my adult and teenage children that I was pregnant.

“I knew something was wrong, but nobody believed me. She died the day before her due date, and there was no reason for it.”

Last year, when Lilianna’s classmates were making their Holy Communion, “Our parish priest allowed me to light her candle and it was put on the altar along with the candles of the children she would have made it with. It meant so much to me to have her remembered.

“People say things like ‘Oh, she will have another baby, and she will be okay,’ but it is not okay because you have still lost your baby.”

Cregan went on to found Féileacáin, the stillbirth and neonatal death association of Ireland. Féileacáin is the Irish word for butterfly, and folklore has it that white butterflies hold the souls of dead children.

Part of its service is to provide memory boxes to maternity hospitals for parents whose child has died. They are put together individually, and some of the items are handmade by other bereaved parents.

“We lose 500 babies a year approximately in Ireland through stillbirth and neonatal loss, many of them for reasons we don’t understand,” says Cregan.

Susanne Brodigan’s daughter Joy is three years old now. Her name defies the pain of three ectopic pregnancies that Susanne and her husband, Adrian, went through before Joy was born.

Susanne had a ring made in memory of her three lost babies. It is made of two butterflies containing two opal stones, because opal is the birth stone for October, when her first two babies were due. An amethyst stone, representing February, was added after her third ectopic pregnancy.

“People say, ‘Oh what a lovely ring’. I wear it every day and it is not obvious what it is about. I don’t consciously think about it every day, but if I am not wearing it, I feel as if something is missing.

“The reason I think it is important to remember is that when you have an ectopic pregnancy you are never the same again. For me to get the ring made was to acknowledge what we had been through. It was something physical to acknowledge that I have changed as a person.

Breffni McGuinness is bereavement services training and development manager with the Irish Hospice Foundation, whose national bereavement education centre works with staff in maternity hospitals around the experience of death because “in maternity hospitals not all outcomes are positive”. He says remembrance is a “huge part of the healing and the integration of the loss into people’s lives”.

Grief and bereavement are not about “fixing somebody” or trying to “make them better”, but instead about “helping somebody to come to terms with a loss that they have had in their lives and to integrate that loss into their lives.

“What remembering allows us to do is to make ‘a member’ again of the person in our lives. That child has been part of that couple’s life and still will continue to be, and when a child dies, the parents need to be able to grieve for the loss of that child.

“Grieving is essentially about coming to terms with a change or a tragedy in life, and adjusting to it, and going on to live and to thrive, not by forgetting about it but by integrating it into life, and this is why remembrance is so important.” The awareness and remembrance evening is this Thursday, October 15th, from 6.30-9.30pm at the Davenport Hotel, Merrion Street Lower, Dublin 2. Speakers include Dr Rhona Mahony, Dr Pat Tunney, Ann Bergin (HSE) and women who have experienced pregnancy loss. See ectopicireland.ie; miscarriage.ie; feileacain.ie; hospicefoundation.ie

An ectopic pregnancy is where the pregnancy implants outside the uterus, usually in a fallopian tube. It affects about one in 80 pregnancies, and if it is not treated quickly, it can rupture. Symptoms appear between weeks five and 14.

A stillborn baby is a baby who is born dead after 24 completed weeks of pregnancy. If a baby dies before 24 completed weeks and weighs less than 500g, it is known as a late miscarriage. Stillbirth is much more common than many people think. In Ireland, about 360 stillbirths are registered every year and one in every 200 births is a stillbirth. Stillbirth is 10 times more common than infant cot death.

I was Ann Lovett’s boyfriend
4