Stop the barbaric practice of using CPR on the very old

Many elderly patients are being inappropriately resuscitated. Let them die ‘ordinary deaths’ 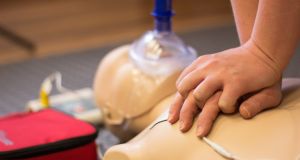 Why are we continuing what I and many other doctors consider a barbaric practice?

When it works, cardiopulmonary resuscitation (CPR) is one of the most satisfying medical interventions. Whether by trained volunteers on a playing field or by a full team of health professionals in an emergency department, seeing a fellow human regain a pulse and begin to breathe is an absolute joy.

But there is a darker side to CPR which too often remains hidden. And that is its indiscriminate use among the frail elderly simply because there is no DNACPR (Do Not Attempt Cardiopulmonary Resuscitation order) in place. Imagine for a moment the fragile body of a woman in her 90s, who has a multiplicity of chronic diseases, including dementia, after it has been subject to vigorous and unsuccessful CPR. Rib bones will have been crunched, soft tissue bruised and teeth broken.

So why are we continuing what I and many other doctors consider a barbaric practice? Writing in the current issue of the Postgraduate Medical Journal, Dr John Launer notes: “Doctors who are called at the time of death will typically feel they have no authority to withhold CPR, or they fear the legal risks of doing so – in spite of knowing that what they are doing is pointless. Their fear is understandable. In the UK, the guidance from the Resuscitation Council states there should be an initial presumption in favour of CPR and regulators continue to impose sanctions on clinicians who decided not to resuscitate patients who had been dead for some time.”

There is clearly a need for an alteration in mindset about the nature of resuscitation and of death itself. Launer suggests a good starting point is to recognise that hospitals nowadays are mostly full of people with multiple comorbidities who at some point are going to die from these illnesses. When they do so, their hearts will stop.

“This kind of ordinary dying (which most of us are likely to undergo) is entirely different from cardiac arrest as commonly understood, and for which CPR procedures are designed. Ageing patients who are approaching such deaths need a compassionate explanation that chest compressions and electric shocks will never restore their failing organs, and the purpose of a DNACPR document is simply to spare themselves the indignity of such acts.”

London consultant physician, Dr Gordon Cauldwell, in an open letter to the General Medical Council last week, calls on the UK regulator to stop the inappropriate use of CPR. He suggests that the principle of “first do no harm” is fundamental – in other words there is an onus on doctors to ensure the treatment is not worse than the condition being treated.

“The processes in ordinary dying are quite different from cardiac arrest. A cardiac arrest is an instantaneous collapse, like falling over the edge of a cliff. In ordinary dying, usually now after a long life, from “not cardiac arrest”, there is prior deterioration over months, days, hours, minutes and seconds until finally the heart stops,” he points out. Noting the average age at death now in these islands is 81.5 years, he says the appropriate treatment for “ordinary death” is “listening, talking, touching, alleviating physical, emotional and spiritual distress, comforting the relatives and tender respectful cleaning and laying out of the body after death”.

It’s time that doctors recognise CPR as a medical intervention with clear indications and contraindications, just like any other treatment.

But most of all we need to focus less on the procedure and more on the person. Instead of regarding the issue of DNACPR as a legal hurdle, it is time to move on to seeing it as an opportunity to have the kind of conversations with patients and their families that actually need to take place.

Have you or your family had experience of CPR being used either appropriately or inappropriately? If so I’d like to hear from you, in confidence, at mhouston@irishtimes.com.