No sweetness in bitter war against sugar 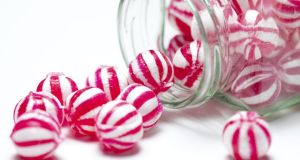 Sugar is an emotional food – perhaps the most emotional food of all. It is routinely used as a comforter, a pacifier, a stimulant, a leisure accessory. Photograph: Getty Images

So now sugar is the new Satan and we, the worried well, have to run off to another part of the great ship Hypochondria. Suddenly fat is no longer the bad guy. Other carbohydrates are being rehabilitated but, according to a slew of commentary aimed at the befuddled consumer, it is sugar, sugar, sugar that is responsible not only for making us fat but also for giving us liver disease, heart disease, and some cancers, as well as type 2 diabetes – no surprises on that last one.

The new anti-sugar campaign has been the main talking point of the diet industry this month, when it reaches its annual book-selling peak. The anti-sugar publicity is a lifeline thrown to ambitious authors who know the public is beginning to tire of being served up one diet after another. It’s neatly encapsulated by Why Diets Fail (Because You’re Addicted to Sugar): Science Explains How to End Cravings, Lose Weight and Get Healthy by Nichole M Avena and John R. Talbott.

Most radically of all, this new condemnation of sugar also includes the theory that sugar is so dangerously addictive that it makes us slaves to our own appetites, which are driven by our compromised biochemistry, and so beyond the reach of our willpower.

Sugar is an emotional food – perhaps the most emotional food of all. It is routinely used as a comforter, a pacifier, a stimulant, a leisure accessory. And that’s just when you are aware that you’re consuming it; hidden sugar is the new subject for public discussion.

Many people who believe themselves to be “sugar sensitive” say consuming it leads to nasty mood swings and even withdrawal symptoms.

In the 20th century chocolate was automatically included in the kit of soldiers going into battle. Sugar has been self-administered by battalions of pre-menstrual women for years.

And now it seems the academic and nutrition communities are just as emotional on the subject of sugar. Simon Capewell, professor of clinical epidemiology at Liverpool University, has called sugar “the new tobacco”. The only difference between the two substances and their impact on health, he says, is time. It has even been said during this debate that sugar is more addictive than cocaine.

Pressure group
A group of British and American academics have formed a pressure group, Action on Sugar, to lobby governments and food manufacturers to voluntarily reduce the level of added sugar present in processed foods by 20-30 per cent.

If the sugar level in these foods was reduced slowly, the academics say, the public would not even notice.

In Britain this happened with salt, following a 1990s campaign for its reduction. With the co-operation of the food manufacturers, targets were set to reduce salt levels in processed food over three to five years. Kellogg’s Cornflakes, for example, now contain 60 per cent less salt than they did 20 years ago.

Opponents of the anti-sugar stance point to what happened when fat was made the pariah of the nutrition industry – food manufacturers removed fat from products and substituted high levels of sugar instead. In Ireland, according to Dr Janette Walton of UCC, there are no guidelines on sugar consumption.

The Irish University Nutrition Alliance figures on mean adult daily sugar consumption in the Republic show that it actually fell between 1997 and 2010 – from 98.4 grammes in the 1997-1999 study to 91.6 grammes in the 2008-2010 study. Dr Walton will not be drawn on the dangers of sugar, pointing out that even definitions of what actually constitutes sugar vary.

The alarm bell on sugar was most forcibly sounded back in July 2009 by Robert Lustig when his lecture, Sugar The Bitter Truth, was posted on YouTube. It has since been viewed more than 4 million times – not bad for an unchanging shot of a guy in a suit talking for 89 minutes about body chemistry.

As a professor of paediatrics Robert Lustig’s main preoccupation in that lecture was the obese children he was treating, and “an epidemic of obese six-month- old kids” – the babies were obese, he says, because their mothers were obese before they had conceived them.

Lustig pointed out that, “We all weigh 25lbs more than we did 20 years ago.”

Obesity levels
But it is rising obesity levels in children and teenagers that most concern him, and particularly their consumption of drinks made with high fructose corn syrup, a substance he maintains can be metabolised only in the liver and consequently “is more like alcohol than anything else”.

In January 2011 Sarah Wilson, the former editor of the Australian edition of Cosmopolitan magazine, gave up sugar and wrote about it on her blog.

“It started as an experiment, but my energy, skin and wellness changed so dramatically, I kept going,” she writes.

A fanatically healthy eater she estimates she was eating 25 teaspoons of sugar per day, through alternative foods such as honey and muesli bars.

Quitting programme
She felt sugar was causing her Hashimoto’s disease – an auto-immune disorder which leads to hypothyroidism – to flare up. She started a programme for her online followers called I Quit Sugar.

The site claims that over 180,000 people have completed its eight-week course.

Several sugar-free cookery books and a lot of enthusiastic testimonials later, Sarah Wilson has expanded her I Quit Sugar empire to the United States.

Wilson, like Robert Lustig, is the heir to John Yudkin who brought out two anti-sugar books in the early 1970s. Yudkin, who died in 1995, believed sugar was more conducive of heart disease than fat. His arguments were overtaken by the growing anti-fat lobby, and have only recently been revived.

If we are going to reduce our sugar consumption we’re going to have to readjust, yet again, our view of what constitutes healthy food.

Robert Lustig isn’t even in favour of fruit juice being consumed for its vitamin C content.

“There is no such thing as a good sugar beverage, including fruit juice,” he says. “Take a pill”.

Sarah Wilson tells her followers that she eats five to six whole fruits per week, because, “The chemical composition of sugar – whether it’s in a mango or a Mars bar – remains the same.”

For many campaigners sugar is now a government issue, just like alcohol and drugs.

“When you have something which is both toxic and abused at the same time that’s when regulation has to kick in,” says Robert Lustig.

“Sugar is . . . unavoidable and it has a negative impact on society. For sugar we have nothing. Mass behavioural change is going to be required.”