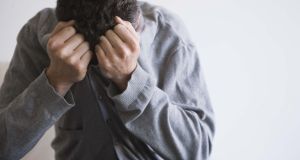 The most common use for ECT is in the treatment of severe depression, for which it is a safe and effective treatment. Photograph: Thinkstock

Last week a recent amendment to mental health legislation regarding the administration of electroconvulsive therapy (ECT) to patients involuntarily admitted to psychiatric hospitals was signed into law.

The Mental Health (Amendment) Act 2015 means that, from now on, where a patient admitted involuntarily has capacity and refuses ECT, that patient’s wishes will be respected. The change is overdue and brings us in line with the Convention on the Rights of Persons with Disabilities.

While very much in favour of the change, consultant psychiatrist at St James’s Hospital Niall Crumlish says it will make little difference in practice. “To be ‘unable’ to consent to a treatment – ECT, medication or any other – means to lack capacity, which is ‘the ability to use and understand information to make a decision, and communicate any decision made’,” he says.

Crumlish argues the only way the loss of the word “unwilling” would make a substantial difference in practice is if, in recent years, the number of apparently capacitous people being treated with ECT without consent was large.

This leaves the controversial area of treatment with ECT without consent for a person who is so severely ill as to be incapable of giving consent. Is this assault or can it be justified on the basis that the person is suffering from a reversible delusion?

William Styron wrote: “The pain of severe depression is quite unimaginable to those who have not suffered it, and it kills in many instances because its anguish can no longer be borne. The prevention of many suicides will continue to be hindered until there is a general awareness of the nature of this pain.”

“That they are pointless, and that the world would be better off without them.”

Styron again: “The pain is unrelenting, and what makes the condition intolerable is the foreknowledge that no remedy will come – not in a day, an hour, a month or a minute. If there is mild relief, one knows that it is only temporary; more pain will follow. It is hopelessness even more than pain that crushes the soul.”

In Crumlish’s experience, people with severe psychotic depression endure delusions “that you wouldn’t believe if you hadn’t heard them first hand. That they are evil and sinful; that they have caused wars, that they are responsible for murders, that they are physically hurting other people just by being in their physical presence.”

Treatment with ECT is full of dilemmas. If I needed ECT and retained the capacity to consent, I think I would refuse. And yet if I was so ill as to be unable to consent, and was successfully treated, I would be glad.

There are dilemmas for the doctor too. “I’ve hardly ever reached for ECT,” Crumlish says. “But I have used it. And it has been transformative. Looking back I wonder if I’ve used it too little?” mhouston@irishtimes.com @muirishouston