Clinical trials: how they work, and what they mean for patients 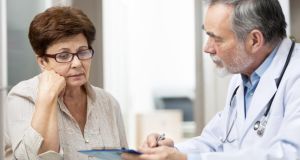 Patients should check what impact the trial will have on their treatment plan and follow-up care. Photograph: Thinkstock

It’s your first full consultation with the specialist after being newly diagnosed with a medical condition. She is running through your treatment options and mentions a clinical trial she is involved with. It’s for a new drug that has yet to be licensed – in fact, the results of the international trial are likely to influence medicines regulators in Europe and the US when they decide whether to approve the drug. How would you feel about participating, the consultant asks?

This scenario is part and parcel of modern healthcare in Ireland. In this case the trial is an interventional one, designed to assess the efficacy and safety of a new drug. It will almost certainly be a randomised phase 3 trial, so you may be given the active drug or a dummy pill. The chances are it is also double-blind design, meaning that neither you nor the doctor will ever know whether you received a placebo or the new chemical compound.

While not all trials are concerned with drug development – some seek to test devices, medical procedures or even diets – those that are are defined by phase.

Phase 1 trials (also called early treatment trials) aim to test the safety of various doses of a new drug. They involve a relatively small number of people, who are usually healthy volunteers.

Phase 2 trials test the new drug in a larger group of people who have the disease, to see whether it has any beneficial effects.Treatments will progress into a Phase 3 clinical trial if phases 1 and 2 suggest that a chemical might actually be useful and safe.

Phase 3 trials are large and compare the new drug with whatever treatments are currently in use, or with a placebo. These trials look at how well the new treatment works in typical patients, and try to detect any side effects.

You are interested in finding out more but are also a little apprehensive. Might you be as well sticking with the tried and tested treatment? What about side effects? What is it really like to be part of a clinical trial?

Here is a checklist of questions you should ask as part of making up your mind:

Potential downsides of getting involved in research include unexpected side effects, having to undergo a greater number of tests than you would in routine care and the possibility of not having access to the new treatment after the end of the trial pending its formal approval by drug regulators, even if it has been shown to be beneficial for you.

You eventually decide to go ahead and sign up for the research. The first step is likely to be a series of tests and investigations designed to establish baseline measures. For example, if you are entering a trial for a heart drug, then baseline measures of blood pressure, an electrocardiogram, an ultrasound test of the heart and a series of blood tests are likely.

At intervals throughout the trial period some of these tests will be repeated. In particular, the researchers will keep a close eye on whether the signs and symptoms of your disease are improving, staying the same or indeed getting worse. In the case of a heart drug they may focus on chest pain, breathlessness or whether your blood pressure is better controlled.

You may have to make some lifestyle changes, such as altering your diet, or you may be asked to avoid taking certain over-the-counter medications for the duration of the trial.

You may be asked to keep a diary; some research focuses on quality-of-life indicators such as tiredness, mood and whether the treatment interferes in any way with your normal work routine or leisure pursuits.

Some cancer treatment trials may focus on chemotherapy given at an advanced stage of the disease. The benefits here may not be as clearcut: you may feel you have already been through a lot since the initial diagnosis.

However, if the prospect of living for another couple of months is important to you, taking part may be the right thing. But it is important that you do not feel coerced into participating in research at any point in an illness. Saying no will not change the quality of care you receive from doctors and nurses.

Some cancer treatments have been shown to have unexpected side effects many years after the treatment has finished. Heart problems, cancers secondary to the original treatment, and infertility are issues that have arisen for cancer survivors, some of whom participated in clinical trials.

It is unlikely to happen with modern research protocols, but in the past some new treatments were approved in a rushed way.

The premature cessation of clinical trials has also been a problem, especially when it comes to sufficient follow-up time to allow the detection of rare side effects.

‘Everyone was relaxed and kind. The process was very methodical’

Nick Adams, a 70 year-old Dubliner, was diagnosed with prostate cancer in 2005. His initial treatment, including radiotherapy, went well; however, in 2012 his doctors noted that a blood-cancer marker called prostate specific antigen (PSA) had begun to rise again.

At this point his consultant referred him to a consultant medical oncologist at Tallaght hospital. The specialist was conducting a clinical trial into a new agent Orteronel (Tak 700) which, in earlier trials, showed promise for treatment-resistant prostate cancer; Adams enrolled in the international trial of the drug in January 2013.

On his first trial visit to the hospital, he was assigned to a personal clinical trial nurse whom he describes as “excellent, very hands-on, and easy to talk to”. He met her every month for the first six months, and then three-monthly thereafter.

At the first visit the trial nurse spent some time going over the details of what was involved, including details of potential side effects of the experimental tablet. She supplied him with written literature about aspects of the trial process: “I was happy and signed up straight away,” he says. “I was told I could pull out [of the trial] at any point, which was very reassuring.”

On subsequent visits he underwent a clinical examination and had blood tests taken. In addition, he had periodic CAT scans, bone scans and X-rays.

Did he suffer from any of the possible side effects? “No, I had none of them. Nausea and vomiting were mentioned, which I didn’t experience,” he says. More serious but rare potential effects of the treatment included the possibility of developing a clot in the leg or experiencing a change in heart rate: Adams experienced none of these.

Overall, he describes the experience as one with “nothing to fear” and said: “I had no pain and felt no pressure. Everyone was relaxed and kind. The process was very methodical.”

He completed the trial in January and is looking forward to hearing the overall results, eventually. “It would be nice to hear how many Irish men [of every 100 with the disease] have benefited from the new treatment.”

First Look: Dig In, the Maser-curated ‘art diner’ that’s about to open in Dublin
7