Ally Alpine talks of the retailing and auctioning of fine spirits 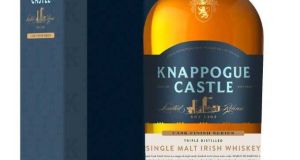 It seems ironic that one of the most influential figures behind the renewal of interest in Irish whiskey in this country comes from Scotland. Ally Alpine first moved here with UK off-licence chain Oddbins, before going out on his own, opening the Celtic Whiskey Shop in 2003.

“At the time, you could see Oddbins were struggling against the supermarkets, but independent spirit shops seemed to be thriving. There was nothing like it in Dublin, so I thought ‘why wouldn’t it work’? It was a challenge at the start – a shop in Edinburgh could offer a thousand whiskies, but when we opened we only had 25 Irish whiskeys and nothing too different either” says Alpine. “It has come full circle; we must have 400 Irish whiskeys, and close to a hundred Irish gins; when we opened we had two!”

Celtic Whiskey release their own limited-edition whiskeys called Celtic Cask, each aged in casks supplied by various wineries they import from. “We are now up to our 28th Celtic Cask and will have more in the autumn. People collect them. There is a real interest in Irish whiskey. Midleton is the most popular, and Dingle is hugely collectable – their cask-strength releases can sell for 50 times their original value at auction a month later. Last year, they set up an online auction site, celticwhiskeyauction.com. It runs every two months, and offers whatever collectors want to sell.”

Alpine also runs the Celtic Whiskey Bar and Larder in Killarney, a bar and restaurant, offering tasty food made using local ingredients, cocktails, 1,300 whiskeys by the glass, and Irish gin, vodka, and wine.

His current favourite is Knappagoue Castle Marsala, a 12-year-old single-malt that spent three years in Marco de Bertoli Marsala casks. “Dry Marsala and whiskey go perfectly together,” according to Alpine. There are 1,200 bottles, at €95 each.