Beerista: A pint of the black stuff for 1916

Stouts and porters to try 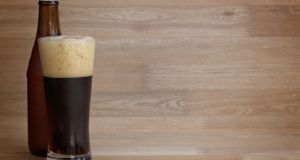 It would have been a hefty pint in 1916, with brewing records of the time suggesting alcohol levels of 6-7 per cent.

What were the women and men of 1916 drinking?

The black stuff, of course. If you were going for a jar in the early 1900s, you’d be having a stout, most likely.

It all started with a bit of tax dodging. Irish brewers, to avoid duty on malted barley, started roasting unmalted barley which gave the beer a dry, bitter taste – the hallmark of Irish stout.

It would have been a hefty pint in those days too, with brewing records of the time suggesting alcohol levels of 6-7 per cent.

Milk, oatmeal and imperial are all variations of stout. Porters, which originated in London, are very similar to stouts and it can be difficult to tell the two apart, even for the experienced drinker.

In the 1900s, a porter would have typically been lighter than a stout in alcohol, though now you can find both styles in varying strengths and with anything from ginger, chocolate or chilli thrown in.

Not that I would have known these things as a teenager working my first shift as a lounge girl, when I took an order for a pint of “the black stuff” and – to my eternal shame – returned with blackcurrant cordial.

Many years later, I can say I’m a big fan of Irish stout, particularly of some of the newer versions. Reel Deel’s Say Nowt Stout is a spot-on tribute to the traditional style – dry, clean and toasty – or for something a little richer you could try Hail Glorious Saint Patrick Extra Stout by Jack Cody’s.

As for the rebels of 1916, it seems that alcohol was scarce. Padraig Pearse was a teetotaller, allegedly, while Thomas Clarke was said to have banned it from the GPO altogether.

But don’t let that stop you from raising a glass of one of these rabble-rousing Irish brews in their honour.

‘Waiting for your children to die, knowing that it can happen at any time, is crushing’
3