Why are we so mean in our response to the refugee crisis?

I know from living in Rwanda, and seeing the effects of Burundi’s instability, that even a small country can move mountains to help victims of war or persecution 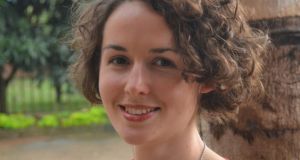 Jean Acheson: the Rwandan government decided to keep its borders open and to prepare camps for refugees

Rwanda, where I have lived since 2013, when I moved here to become an economist at its ministry of finance, is a tiny country, about the size of Munster.

Most people associate it with the horrendous genocide of 1994 – and, if they follow African affairs in general or Bono’s Twitter feed in particular, with its subsequent transformation into a stable state that has lifted a million people out of poverty in the past decade – and which also has free wifi on city buses.

Just to the south of Rwanda is Burundi, a country of a similar size and with a similar unfortunate, bloody history.

Since early 2015 Burundi has descended again into instability, with anti-government protests, state violence and counterviolence, and even a failed coup, as its president, Pierre Nkurunziza, seeks another term in spite of constitutional limits.

Such instability inevitably leads to a refugee crisis. Since the beginning of the year 175,000 men, women and children have fled to neighbouring countries. The United Nations estimates that 500,000 people may leave Burundi if the crisis is not resolved – one in every 20 Burundians. More than 75,000 have entered Rwanda so far this year, according to UNHCR, the United Nations refugee agency; their arrival has added 0.7 per cent to the population.

As it became clear that Burundi’s political problems would not be solved quickly, the Rwandan government decided to keep its borders open and to prepare camps for the refugees. Rwanda is the most densely populated country in Africa, so its decision to reallocate land for the camps was not a light one.

Before the 2015 influx Rwandan refugee camps were already occupied by another 100,000 or so Congolese refugees, who have been coming to Rwanda for years to escape violence in the east of the Democratic Republic of Congo.

Once here, Burundian children were quickly enrolled in Rwandan schools. (It helps that UNHCR gives the Rwandan government generous grants to encourage this.)

Rwanda is not a perfect state: political opposition and the media are severely restricted. But its response to a crisis in a neighbouring country has been admirable, even if some of the motivation is an affinity with refugees who may be of a similar ethnicity to the Rwandan political elite.

The crisis response is hardly perfect, either: the camps are too small, sanitation is poor, water shortages are common.

Even worse, some refugees have died because of landslides during Rwanda’s rainy season – not for nothing is the country known as the land of a thousand hills.

Yet the Rwandan ministry of disaster management and refugee affairs – whose very existence highlights the region’s vulnerability to agricultural and political crises – has co-ordinated a vast, quick and effective response for people fleeing their homes out of fear of violence.

And it has done so with very few resources; a typical Rwandan earns about €650 a year.

Look at mass migration around the world: it is always neighbouring countries that bear the brunt, whether Turkey as Syrian refugees arrive today or Britain as Irish economic migrants arrive, well, any day.

This is why I find the Irish Government’s response to the European refugee crisis to be so incredibly mean-spirited.

Given our location, we will never have to do as much as other countries. Given that we will never need to do the most, why must we do the least?