Irish diaspora is not just an economic resource

Irish abroad have much to teach Ireland about ‘values of diversity, tolerance, and fair-mindedness’ 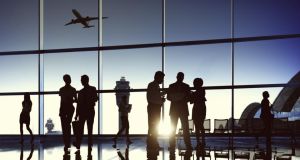 Diaspora is a term we have become familiar with in this country, indicating our historical experience with emigration. Its currency has been reinforced in recent years with state-led initiatives in “diaspora engagement”, like the Gathering and ConnectIreland, and organisations like the GAA. Ireland is now being cited as a global leader in strategic engagement of emigrant populations and their offspring.

While there is much that is positive in this engagement, it is not without tensions, and the evolution of the state-diaspora relationship should be understood as part of a bigger picture that reflects broader trends in global migration and governance.

Ireland’s engagement with its diaspora is older than the establishment of the state, such has been the impact of successive waves of emigration and the maintenance of bonds between those at home and abroad. It is only in recent years, in part spurred by the economic recession, that this engagement has become a strategic component of Irish economic and foreign policy, as government has sought to formalise informal links among diaspora actors to benefit domestic development.

Ireland is not alone in this strategic diaspora engagement approach. This reflects a broader refashioning of the world system in which forces of globalisation have led to an increasingly complex interdependence and accelerated movements of people, capital and information. There have emerged new geographies of connectivity and commerce, which are remaking the relationship between states, markets and citizens. In this context, diaspora (one of the oldest forms of human association) is revitalised as a living transnational network that extends nation-state capacities and resources.

Taking in this broader picture of change, turning to the diaspora makes good policy sense, a way of accessing economic networks and skill sets and further integrating a nation-state in the global economy. Yet it can also narrow perspectives on outreach, as the engagement focus is often principally on the entrepreneurial, the highly skilled and professional networks. It is now becoming common to hear diaspora described as “human capital,” a seemingly bureaucratic denomination of their value, and one that chimes with the neoliberal view of human subjects as homo economicus.

Such a perspective skews understanding of the dynamics and connotations of migration. It involves spinning the meaning of migration from a problem to an opportunity, so diaspora becomes the positive side of the global migration coin. On the other side are migrants, refugees, asylum seekers, all aliens to our national imagination. Such a semantic shift is also ideological, reshaping categories of Irishness and otherness. Contradictions and paradoxes fly out of such parsings of identity. Are you Irish by descent or consent, by blood or affinity? How do we square our views on Irish illegals in the United States with illegal immigrants in Ireland?

At the heart of state-diaspora relations is an unresolvable tension about the meaning of citizenship. Heartfelt rhetoric about belonging and inclusivity can founder on the reality of legal and economic exclusivity. When we think of citizens as human capital we begin to lose sight of citizenship as a public good, and this has become a disturbing feature of global governance.

Related to this is a growing apprehension that the nation-state is losing its singular status as the locus of sovereign authority and identity, most obviously marked by the global frictions between unfettered capital and national territory. What is happening in Greece provides only the most dramatic contemporary example, as international economic interests have clearly trumped political sovereignty.

The term diaspora originates from the Greek “diaspeirein”, meaning to scatter or sow. The history of the dispersal of Greek peoples and ideas has significantly impacted the economic, political and cultural formations of Western nations, influencing modern conceptions of democracy and citizenship. And so the plight of Greek democracy today should give us pause to reflect on the meanings and possibilities of our transnational associations and identifications, whether as part of an economic union of states or as part of a collective diaspora; to consider how precarious these constructions of imagined community are, and how limited our capacities for imaginative affiliation with others.

In 1995, addressing the Houses of the Oireachtas, then president Mary Robinson stated: “Our relation with the diaspora beyond our shores is one which can instruct our society in the values of diversity, tolerance, and fair-mindedness.” While this has not been a formal rationale for diaspora engagement, it has proved a prescient observation in relation to the maturation of the diaspora-state relationship.

Recently, Minister for the Diaspora Jimmy Deenihan hosted a Global Irish Civic Forum in Dublin that brought together over 200 participants from 17 countries, representing 140 voluntary and civil society organisations dedicated to supporting the Irish diaspora around the world. The event was a significant illustration of the evolving relationship between state and diaspora, and within the global Irish diaspora itself. It was also an animated gathering in which the dissonance between state and diaspora was sometimes evident (most volubly on the matter of enfranchisement), yet this only underlined the pluralism of diaspora representation.

Coming in the wake of the referendum on same-sex marriage, which was charged by emigrant involvement, the civic forum went some way to materialising Mary Robinson’s vision of the diaspora enriching our values of democratic citizenship.

Also recently, there has been government engagement with representatives of immigrant groups in Ireland, recognising that they constitute diaspora agents for their own ethnic networks. This enlarged vision of diaspora must be at the heart of Ireland’s diaspora engagement.

We need our diaspora (and other diasporas within our shores) not only as an economic ally, but as a mirror to our national conceptions and deceptions, and as a measure of what we mean by citizenship.

Professor Liam Kennedy is director of the Clinton Institute for American Studies at UCD, which produced the Supporting the Next Generation of the Irish Diasporareport last year.