From Wexford to Cambodia, and back again 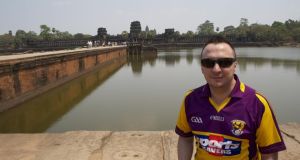 Mark Sinnott: ‘I craved adventure, purpose and a way to contribute something positive, all of which I found while teaching abroad.’ 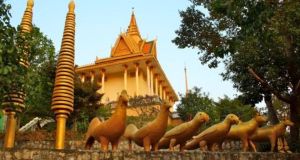 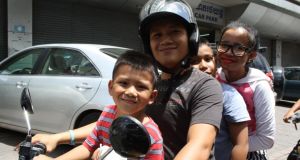 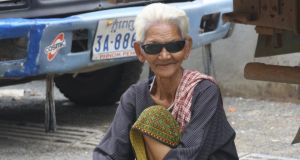 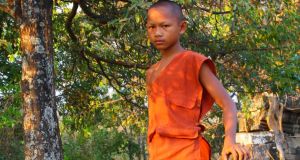 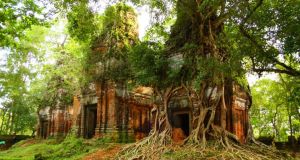 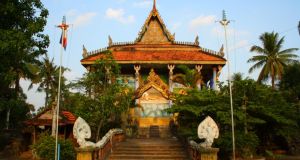 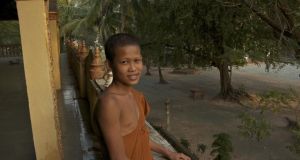 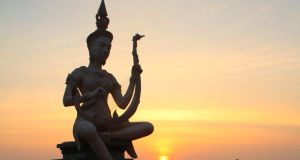 Cambodia’s power to inspire both wonder and heartbreak is extraordinary. Its cities resplend with French colonial buildings, boulevards, riverfront cocktail bars and boutique hotels, while the countryside is one of verdant rice fields, forests, white sand beaches and millennium-old ruins, the most famous being the Temples of Angkor.

I was blown away by its landscape, culture and tragic history while backpacking in 2006, and returned for almost two years to teach in Australian-run schools in Phnom Penh and Siem Reap before moving back to Ireland in September.

Watching the Mekong meander peacefully by, it’s hard to comprehend that since 1970, the country has suffered extensive US bombing, a military coup, civil war, the rise of the totalitarian Khmer Rouge, genocide, famine, and a military occupation by its traditional enemy, Vietnam.

After initially prospering after independence from France in 1953, the country fell to ruin, and now depends on foreign aid, garment manufacturing, agriculture and tourism, which has been reinvigorated following the final demise of the Khmer Rouge in the 1990s.

Nowadays, Cambodia’s streets bustle with life. Monks in saffron robes can be seen receiving morning alms in return for prayer. Weddings and funerals are held in street marquees, with ceremonies beginning before dawn and continuing into night. The country’s socialist history is reflected in streets named after Mao Tse Tung and Josip Broz Tito.

Street markets sell all kinds of goods, real and counterfeit, and supermarkets stock everything from PG Tips to Jackie Chan hair darkening shampoo and skin whitening cream, for those seeking the pale skin associated with wealth and beauty.

The street corner near my first apartment was well known as a place of congregation for transgender prostitutes. At night, they touted for business from passing vehicles and often tried their luck by grabbing my arm and saying “Hey you ...you want massage? I want make baby with you!”, a biological impossibility I pondered while hastily pedalling homeward.

Phnom Penh’s bars bustle with all kinds of live music, and perhaps most interesting feature local bands reviving the country’s once-famous 1960s rock scene, destroyed under the Khmer Rouge. Among the better known expat boozers is Sundance, believed haunted by locals due to its former status as an interrogation centre.

There is a small Irish community, mostly teachers and businesspeople. Few Cambodians know much about the Emerald Isle, although one teen told me she liked Ireland as it is home to Niall Horan from One Direction.

Phnom Penh is one of Asia’s cuisine capitals, and while most locals are happy with rice and noodles, specialities I tried include deep fried tarantulas, fertilised duck embryos and red ants. Street vendors sell fried crickets with chilli, the iron-rich arthropods also available as a powdered health supplement.

The main class I taught was part of a scholarship programme funded by the Australian government, with each student receiving a year of English lessons followed by a Master’s in Australia. The group comprised several public officials, health professionals and aid workers.

In contrast to the abject poverty, the ostentatious wealth of the powerful, well-connected urban elite defies belief. Luxury SUVs charge down streets, honking others out of the way and insouciant to anyone’s safety. Road rules are non-existent, and vehicles routinely travel on the wrong side of the road, break red lights and speed.

That is part of a general sense of lawlessness. One British expat told me “disappearances” are common, and hiring a hitman costs only around $120. Corruption is widespread, and the politically-connected can act with impunity, with logging of public forests, graft and land grabs common. The prime minister, Hun Sen, has been in charge since 1985, and plans to continue until 2026, regardless of election results. Last year’s farcical ballot was marred by accusations of vote rigging, yet subsequent protests made little gain.

Chronic social issues remain, like gender inequality, human trafficking and the physical abuse of people with disabilities. The UN estimates one in five Cambodian men have committed sexual assault, while about 5 per cent have participated in a gang rape. In a notionally conservative country where even kissing in public is taboo, brothel-going is oddly normalised among local and expatriate men.

The pro-prostitution lobby might learn something from the shocking 2009 documentary The Girls Of Phnom Penh, which tells the story of three young girls sold by their poor families into sexual slavery, commanding premium prices as virgins and then forced to work for years to pay off their “debt” to the brothel-keeper.

Many of my friends in the aid community are shining examples of meaningful living, making a huge difference in healthcare, education, landmine clearance and so on. But the sector is often controversial, with several charity heads involved in corruption or malpractice. Another issue is the unsuitability of some foreign volunteers and amateur aid workers.

Cambodia is also home to some of unsavoury expatriates, the square pegs, the damaged, the licentious, the escape-seekers, and those unwilling to accept their personal need for change. They are often lured by ludicrously cheap alcohol, tobacco, drugs and bar girls. Imitation Viagra is commonly sold at shop counters, next to Chupa-Chups and chewing gum.

Last year marked my tenth teaching English away from home, with two years in South Korea, five in Australia and a short spell in Japan sandwiched between. I left at a time when work and money were plentiful, yet the country seemed to have lost its soul and I craved adventure, purpose and a way to contribute something positive, all of which I found while teaching abroad.

Mark Sinnott recently moved to Catalonia. He blogs at marksinnott.wordpress.com