‘For the first decade abroad, I pitched Ireland against America’

‘Ireland and Me’: Aine Greaney, Boston 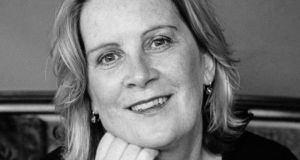 Aine Greaney: ‘Before I emigrated in 1986, I thought America was that place that broadcast from our two-channel telly in the corner of our living room.’

Last November, The Irish Times invited readers abroad to submit reflections on their relationship with the land they left. The story below is one we received, which is collected in an 'Ireland and Me' eBook.

“That’s the (expletive) trouble with Ireland, Ma’am.” The man was leaning tipsily out of his train seat to hiss and curse into my mother’s face. “Nobody in this country minds their own (expletive) business. Not like England, where nobody passes any remarks at (expletive) anybody or anything.”

Sitting there in her prim mackintosh, my late mother cocked her chin and gave that sniff that said this man and his Ireland-versus-England soliloquy were beneath both her commentary and contempt. He tucked himself back into his train seat and snapped open the can of Guinness he had just stolen from the dining trolley.

My mother wasn’t one for train fights. She wasn’t even one for travel or trains. But that August day, the year I did my Leaving Cert, she had volunteered to accompany me from Galway to Dublin for my college-entrance interviews.

We were on the return trip, about a half hour outside Houston Station, when that man and his three pals-all of whom spoke an expat’s patois of Cockney London and west of Ireland-started nicking cans of Guinness from an abandoned Iarnrod Eireann dining trolley. My mother watched in horror before commanding the ringleader, her adversary, to stop being so dishonest and put back that beer.

The most startling part of the episode? At 16 years old, this was the first time that I had heard my own country get tagged and labeled like a jam sponge cake in a baking contest.

“Ireland?” I wanted to yell across the train aisle at him. “I thought we had just chugged out of Tullamore?”

That afternoon, I didn’t know that, less than 10 years later, I would be the expatriate traveling home on a train or a plane. And, though I never nicked drinks off the Aer Lingus trolley, I would fall into that trap, that simplistic and reductive labeling of both my native and adopted countries. For the first decade abroad, I conducted an ongoing contest in which I inwardly set one country-its weather and food and educational system--against the other.

Mind you, before I emigrated in 1986, I thought America was that place that broadcast from our two-channel telly in the corner of our living room. The Brady Bunch or Little House on the Prairie or Hill Street Blues? Sure, what difference? Wasn’t America just America?

Then, after I settled here, I began to distinguish the borderlines between regions, states and towns. I became attuned to the cadences of language, accents, politics and sensibilities. I had emigrated to America, yes, but my life here would largely depend on the exact region and state and town I settled in.

Now, 35 years after that day on the Galway-Dublin train, I speak and write about my home country in the third person, as if Ireland were one, homogeneous entity.

Equally, on expatriate trips back to Ireland, I catch myself talking about America--vast, diverse, baffling America-in that same, wide-angle-lens way.

Sometimes I think that moving countries sets us permanently on the wrong end of the telescope. The vista expands or narrows, blurs or brightens, according to our current vantage point, to where we’re currently standing.

Aine Greaney lives in Boston. She has published four books and many short stories and essays, as well as two previous pieces for Generation Emigration: How Irish is too Irish? and The best expatriate advice I ever received. See ainegreaney.com.