What qualities should the Abbey Theatre be looking for in its new director? 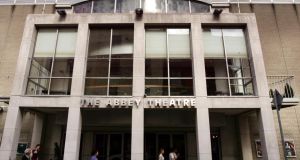 In 2008 the Abbey received €10 million; next year it will receive just €5.8 million. But the Abbey, delivered from debt in 2005 by a government bailout, has remained financially stable

Earlier this week, when the board of the Abbey Theatre officially began to recruit for a new director, it was hard not to think back to the last changeover.

Theatre can be a brutal business and running the Abbey is its most demanding, unforgiving and yet still enviable job.

Significantly, the job title was altered before his appointment from artistic director to director/chief executive, meaning an artist did not have to be in charge.

Mac Conghail, who will end his two terms of office in December 2016, will have experienced more cycles than many, presiding over structural improvements, a slowly emerging trickle of important new artists and some worrying declines.

There have been persistent calls to return artists to its senior management. How would a theatre combine these qualities, that of artistic visionary and shrewd producer? The answer, as suggested by Abbey chairman Bryan MacMahon, may be to search for more than one person. “We are also open to receiving joint applications from more than one candidate,” he said.

The next director – or directors – of the Abbey will need to be leaders, fundraisers and politicians. But they will also need to be dreamers, provokers and mentors. They’ll need open ears and nerves of steel.

Reasons to read Ian McEwan, and the ones to avoid
7

Keanu Reeves: Everyone is talking about his new girlfriend, and it’s not why you think
10

Ane Brun: How Beauty Holds the Hand of Sorrow review – words and songs to live by
Real news has value SUBSCRIBE