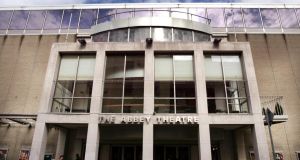 An independent review has recommended that the Abbey Theatre place more emphasis on supporting new Irish writing and less on being a “cultural institution”.

The review, commissioned by the Arts Council earlier this year, says the level of activity and audience number have declined at the national theatre over the past five years.

During this time, revenue has fallen by 17 per cent while public funding has dropped by 26 per cent.

Overall, the review - by Edinburgh-based arts and cultural consultancy, Bonnar Keenlyside Ltd - recommends a reprioritisation of activity and a rebalancing of resources at the Abbey.

Among the key areas the theatre should focus on, according to the report, include:

* Irish writing and plays about Ireland, not only those commissioned and produced by the Abbey Theatre but also by visiting companies, including new adaptations;

* Greater use of the Peacock Theatre, artistic experimentation and engaging a wider range of artistic talent, using alternative aesthetics and models of production;

* Engaging the people of Ireland primarily through touring and also community and education work;

* Legacy and Leadership, including the archive, talks and discourse and inviting other artists to work with the Abbey Theatre.

The review followed growing tension between the Arts Council and the theatre, which received just over €7 million last year.

Independent reports commissioned by the Arts Council were critical of many of the theatre’s productions and said the venue was struggling to meet its aim of being a world- class theatre.

Details of the reviews were published in The Irish Times earlier this year. They were obtained under the Freedom of Information.

Responding to the latest review, the Arts Council said it welcomed its findings and said a joint working group has been established to examine the implications of the report’s recommendations.

It said it anticipated the process will lead to a greater shared understanding and closer working relationship between the two organisations.

Chair of the Arts Council, Sheila Pratschke said: “The key recommendation in this review is that the Abbey Theatre now needs to prioritise certain activities over others in the years to come.

“We conducted this review to examine how our continued support of the Abbey Theatre could deliver the best outcomes in light of a reduction in available funding and a challenging environment.

Director of the Abbey Fiach Mac Conghail also said he welcomed the report and looked forward to working closely with the Arts Council in working through the recommendations.

The report states that k ey to these refocused priorities will be the need to operate the Peacock Stage as a flexible space with smaller production budgets, creative teams made up of Abbey Theatre in-house creative professionals or collaborating theatre artists and with reduced technical support.

20 years on: the complicated legacy of Sex and the City
7