In the bag: from tiny shows to world tours

The Show in a Bag series is one of the strongest facets in the Tiger Dublin Fringe. So what’s the secret of its theatrical success? 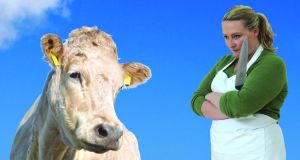 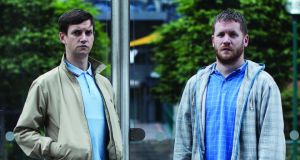 ‘Show in a Bag: it’s like a show in your pocket,” says Gavin Kostick. The playwright is one of the founders of this innovative mode of theatre production that has become a staple of the Tiger Dublin Fringe. “The idea is to enable actors to create and tour their own work, and our job is to make that as easy as possible.”

The Show in a Bag initiative was established five years ago by Fishamble: The New Play Company, the Irish Theatre Institute and the Tiger Dublin Fringe, as a way to encourage new writing.

“At Fishamble,” Kostick says, “we were always interested in new writing, and with the cutbacks in arts budgets in the last seven to eight years we were trying to find ways to be more supportive of that. We had a meeting with Róise Goan [director of the fringe festival at the time], and she said, ‘Well, what about actors? What can we do to support them?’ And so we decided to invite actors to come forward with an idea for a show for one or two people. I would write it on spec.”

Aonghus Óg McAnally was one of the first actors involved. “I had been talking about setting up my own company since drama school, but I was growing increasingly disillusioned with a lot of the work that was happening in Dublin theatre, particularly among younger companies, which I felt was lazy and self-indulgent. Eventually there comes a point where you have to stand up and say, okay, if I don’t think that work is any good, here’s what I do think is good. So, while most people set up a company to put on a show, I put on a show to set up a company.”

He pitched an idea about amateur sportsmanship, and Kostick wrote Fight Night for him. “Though it’s based on my idea, almost all of the best bits of that play are entirely Gavin’s, particularly making Dan jnr a father himself. That was an inspired choice, and it’s key to the success of the play. My daughter was only two weeks old when I signed up for Fight Night, and as she has grown up it’s been amazing to come back to the play each time with all that extra experience and perspective on fatherhood.”

What resulted was a theatrical adaptation of the Beowulf story that has become one of Show in a Bag’s biggest successes, winning acclaim for Burroughs on its recent tour to the Edinburgh Festival Fringe. “Support ranged from the personal to the practical,” says Burroughs of Show in a Bag.

“You received a rehearsal space, free marketing in the form of your poster image, PR in being placed in a special-interest section of the fringe brochure. You were given a space to perform [at Bewley’s Cafe Theatre], and technical expertise and dramaturgical support from Gavin Kostick.

“There were workshops with professionals to teach you how to produce and sell your own work, and a morning called Information Toolbox, where you got to talk up your show with theatre programmers as a means of possibly getting a tour. It all added up to thousands of euro worth of resources.”

Emmet Kirwan is one of those benefiting from Kostick’s guidance this year. He’s performing his own play, Dublin Oldschool, at this year’s fringe. (Mick Heaney reviews it at the bottom of this page.) The other shows in the series are Noni Stapleton’s Charolais, Down and Out in Paris and London By George Orwell starring Phelim Drew and The Centre of the Universe by John Doran.

Although a seasoned film and television writer, Kirwan has limited experience writing for the stage. “The thing for me when I applied was the whole support network that was behind Show in a Bag, especially the dramaturgical support. When you are writing for TV or film you are writing with a script supervisor, a script editor, the whole time. I had an idea for a play that I really wanted to develop, but I wanted an outside eye to help me with the science of putting it together.”

Kirwan has worked widely as an actor, but he wasn’t aware of the “many technicalities of getting a show up. As an actor you don’t really see it from the other side.”

Over the past few weeks he has found himself “getting posters, shooting trailers and copying scripts”, and then “there’s the finishing the writing of it, trying to learn lines, and acting in it, too”.

But the Show in a Bag team are there, “facilitating you all the time”, Kirwan says. “You have this safety net. I can’t imagine doing it on my own.” Show in a Bag is at Bewleys Café Theatre until September 20th as part of the Tiger Dublin Fringe