Worked in film, television and theatre and directed first stage production of ‘The Field’ 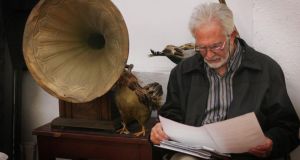 Actor and director Barry Cassin has died at the age of 92.

He was best known as the director who brought John B Keane’s plays to the national stage, including the first stage production of The Field.

He acted in several acclaimed films, including the 2002 version of The Count of Monte Cristo and Byzantium.

He also starred in television shows, including Fair City, The Irish RM, Pure Mule and Killinaskully.

He is survived by five children, including RTÉ presenter Anne Cassin. He was predeceased by his wife, Nancy.