Emily Longworth gives her tips for the recently famous 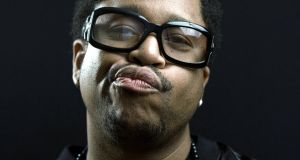 Being a musician on the internet is the most gas incarnation of life, especially if you’ve no idea what you’re doing. So here are a few tips for the recently famous. Follow the cheat sheet, claim instant stardom, experience no hiccups.

DO hustle celebrities on Twitter. Then brag about your hustling and make stuff up. Embezzle your e-life in real time and take the foot off the gas. Dublin band Franko Franko have been at this racket, by tweeting famous heads and getting them to hold up hand-crafted EP launch fliers (they got the idea from those signs at the airport). Where they’ve gone wrong is picking nobodies, and not hassling James Franco, thus spurring him to want to make the Lucan-based bands one of his creative projects, resulting in the formation of Franko Franko Franco.

DON’T let it slide when clubs refuse you admission, like Felix the Housecat, who hounded Berghain last week via Twitter. His inarticulate tirade of hashtaggery didn’t pause to consider that perhaps they just confused him for the cartoon cat that sells cat food. It’s an easy mistake to make.

DO take an annihilated photo of the crowd at 2.45am when you’re playing a DJ set in Mother, a la Jape last month. His out-of-focus portrait more closely resembled a nightmarish dungeon of ghouls, but aptly fits for promoting his latest single Séance of Light.

DO learn every lesson from the Official Crumlin Shopping centre facebook page, which has spoofed itself popular in less than no time. The building itself was unavailable to comment, it being an insentient mass of bricks.