Analysis: Industrial-scale touting by professional resellers will continue in the shadows 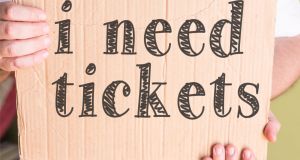 Having a ticket tout laugh in your face is a bracing experience – even more so when he then waves a crumpled tenner under your nose. Such was my introduction last year to the ticket reselling service Seatwave, which parent company Ticketmaster has announced it is shutting. There have been frequent claims that it has enabled profiteering at the expense of fans.

Requiring urgent access to a sold-out concert in Dublin, I had bitten my lip – and apologised to my credit card – and purchased a ticket on Seatwave. The price listed was €57, to which was added a Seatwave “commission” of €11.99 and and “e-ticket handling” charge of €4.95 – a cheeky mark-up from the original sale price of about €25.

The problem was that, as it has always told critics, Seatwave facilitates the reselling of tickets rather than participating in the transaction itself. So when the stranger from whom I’d bought the ticket initially declined to pass it on to me, I found myself in a quandary.

Ultimately I was able to secure a ticket from another source – leaving me €73.94 in the red. At the last minute, and after some arm-twisting from Seatwave, the vendor coughed up the ticket – which I guiltily (but not that guiltily) offloaded to a grinning tout for a smelly tenner (at least Ticketmaster wasn’t claiming a cut for once). The show was great – but not to the point of alleviating the sour taste.

Such unhappy experiences are legion. In the UK a Lionel Richie fan who failed to receive concert tickets purchased on Seatwave successfully took a small claims court case to recoup his travel and accommodation expenses. At a ZZ Top show in Dublin last year, 60 people turned up with tickets bought on secondary sites. The tickets were invalid and they were denied entry.

Against that backdrop, there was an inevitability to Ticketmaster’s announcement that it had “listened to and heard” its customers and was shutting down the Irish and UK division of Seatwave, where tickets to sell-out concerts are sold, often at multiples of the original cost.

Instead, from October, Ticketmaster will facilitate the reselling of tickets at face value or lower.

Whatever about taking the temperature of the public, Ticketmaster and its owner Live Nation, will have no doubt been cognisant of a groundswell at official levels against ticket reselling. A cynical reading to the decision to close Seatwave is that Ticketmaster is getting out ahead of its opponents and claiming the moral high ground before its hand is forced.

In Ireland, an anti-touting law was approved by Cabinet in July. If enacted, it would make it illegal to resell tickets at a mark-up for music and sporting events with a capacity of 1,000 and over. Likewise, in the UK Seatwave and competitors such as Viagogo and Stubhub have been investigated by the Competition and Markets Authority and ordered to provide greater clarity in terms of the information furnished to the buyer (such as making it clear if there is a risk that customer may be turned away at the door).

But the £6,599 question – the price for which one ticket to Adele’s 2017 Wembley Stadium show was advertised on a reselling service – is whether shuttering these sites will stymie the sort of industrialised touting that sees professional resellers snap up dozens of tickets, often with multiple credit cards, before fans have an opportunity to buy. Or will it merely drive the problem underground – and make enforcement of consumer protection legislation even more challenging?

Live music is the one part of the music industry generating sustained profits, which has meant that the balance of power has swung from record labels and artists to promoters such as Live Nation and its subsidiary Ticketmaster. The defence offered until now by Ticketmaster is that Seatwave existed to facilitate fans – both those wishing to offload tickets for an event they could not longer attend and anyone who’d missed out when a concert went on sale initially.

It was undeniable, however, that professional resellers were milking the service for easy profits – and dancing around anti-touting stipulations that limited the number of tickets purchased with a single credit card. These masterminds simply used multiple credit cards.

This led to tickets for major shows often appearing on Seatwave before they’d gone on sale to the general public. For instance, Seatwave was among the sites offering tickets to U2’s 2017 Croke Park gig for up to €900, days ahead of their availability on Ticketmaster.

The tickets, it was speculated, had originated with U2 fanclub members availing of early access. It has since been reported that canny touts were joining official fan clubs in order to steal an early march on the concert-going public. The cost of signing up was easily offset by the huge revenues to be reaped.

Ticketmaster has never been a beloved company. Its booking fees, especially, have long lodged in the craw of many customers. Indeed next year will mark the 25th anniversary of rock band Pearl Jam taking a stand against the corporation by cancelling a US tour in protest at Ticketmaster’s top-up charges.

But even then, when Ticketmaster was far less powerful than today, Pearl Jam found they were up against an immovable object. Within a few years they had backed down (you can currently buy tickets for the band’s forthcoming US tour on Ticketmaster).

Of course, many large organisations are disliked because they are the biggest on the block. What seemed especially problematic about the relationship between Ticketmaster and Seatwave, however, was the fact that, if an event was sold out on Ticketmaster, the website furnished you with a helpful link to its reselling site. It was the blatancy that rankled more than anything.

Moreover, as Fine Gael TD Noel Rock, a vocal anti-touting campaigner, pointed out yesterday, Ticketmaster had long questioned the efficacy of banning touting. He described the apparent change of heart as “better late than never”.

“It’s no coincidence that this comes only weeks after Cabinet approved my tout-banning legislation,” he said. “As recently as May 2017, Ticketmaster described any legislation banning touting as being ‘ineffective’.”

One issue is that Ticketmaster and Live Nation – the operator of Dublin’s 3Arena – are so powerful that opposition to their dominance, and to the millions reaped from Seatwave, typically has had to come from outside the music industry. Which is why, while artists as diverse as Ed Sheeran and Radiohead have spoken out against touting and in some cases insisted that fans present their credit cards when attending a concert as proof to purchase, it has largely fallen to politicians and consumer watchdogs to take meaningful action.

Touting will never be completely eliminated. As long as demand exceeds supply and a profit is to be turned, meeting that demand a secondary market, in one configuration or the other, will exist. How shadowy that market will be once Seatwave is shuttered and reselling banned in Ireland is difficult to predict– though it is likely that it will go beyond the usual hawkers gathered outside venues.

The death of Seatwave will be cheered by music fans and consumer rights champions alike. The chances of it stamping out touting for good, though, feel about as likely as Pink Floyd reforming to play this year’s Electric Picnic.