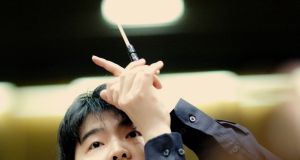 Professionally, opera is a big beast, an institutional behemoth that’s hard to turn around. Irish National Opera, which will turn two in January, didn’t exactly come out of nowhere. It was born out of the merger of Wide Open Opera and Opera Theatre Company. But its promotion of Irish talent is of a consistency that is new to large-scale opera in Ireland as is its advocacy of Irish composers.

More Irish singers are being heard in more varied roles than at any other stage in my professional lifetime. Irish works are being taken abroad. The company has been rewarded with international awards and award nominations. The speed at which Wexford Festival Opera’s new artistic director, Rosetta Cucchi, has been working suggests that a similar transformation may be about to take place in the south east. The programme announced for 2020 shows her reaching out to the wider opera and musical community in a way her predecessor David Agler never did. And her first trio of rare operas is exploring a Shakespearean theme that will filter into the rest of the festival’s output, too.

Building projects, of course, take longer to manage than artistic re-alignments. So it will be rather longer before anyone will be able to evaluate the outcome of three major developments that are currently underway; the move of what used to be the DIT Conservatory of Music and Drama to the new Technical University Dublin campus in Grangegorman, the building of new facilities for the Royal Irish Academy of Music on part of its current site, and the expansion of the National Concert Hall.

It is, of course, kind of crazy to have two such specialised educational institutions duplicating roles and buildings in a country where music education is so poorly provided for. But long-established institutions often seem to favour self-preservation over the most effective provision of the services they were set up for in the first place. And the failed project of the Irish Academy of the Performing Arts two decades ago did prepare the ground for Dublin’s two major music schools to continue to view each other with suspicious rivalry.

Who knows how it will turn out? We could all end up being grateful for the north city/south city duplication if the new buildings deliver performing venues that can be imaginatively used for more than the academic needs and training of music students. The biggest unknowns in this year of transition are how the National Concert Hall’s upcoming redevelopment will affect musical life during the venue’s closer for reconstruction. It’s not clear that anyone yet knows where the hall’s annual tally of hundreds of events might feasibly be accommodated.

The two RTÉ orchestras, of course, are an issue all on their own, and the government’s decision to reassign the National Symphony Orchestra from RTÉ to the management of the NCH will overlap dangerously with the closure of the hall.

Quite apart from the closure of the main auditorium, there are the issues of the busy Kevin Barry Recital Room at the front of the building and the less frequently used NCH Studio at the back. Independent promoters already have difficulty finding suitable venues in Dublin, so the hall’s now extensive series of chamber music concerts will be particularly difficult to find outside venues for.

It’s not safe to assume that audiences who lose out on concerts while venues are closed will miraculously turn up in the same numbers for a future re-opening. That certainly has not happened for the Wexford Festival, which spent two years offsite before opening in a new opera house in the year of the 2008 financial crisis. Box office has proved to be extremely challenging for Wexford in its new home. And the level of core patronage of Opera Ireland, which went under in 2010, was certainly not available to Irish National Opera eight years later.

The NSO may be currently in a kind of limbo, but it can still turn out strong performances, as it did in a viscerally thrilling account of Richard Strauss’s Alpine Symphony under Kazuki Yamada in May. The Irish Baroque Orchestra had a very good year under artistic director Peter Whelan, both in a collaboration with Belfast choir Sestina in Handel’s neglected Esther, and in its chamber-scale concerts - the standouts among those I managed to attend were of works by women composers of the baroque period in March, and Vivaldi chamber concertos in November.

The highly-specialised new music festival, Music Currents, presented what was the new music performance of the year for me, Steven Takasugi’s hour-long, often comic Sideshow, in a mesmerising performance by Ensemble Tzara. And the period instrument players of Alina Ibragimova’s Chiaroscuro Quartet at the West Cork Chamber Music Festival offered accounts of Mozart and Beethoven that were simply revelatory.

The West Cork festival, too, has development plans. It wants to have a home of its own, though it plans to continue presenting concerts in Bantry House, where it all started back in 1996. When that that building comes to fruition the festival will have not just a new venue, but the town will have a music centre for year-round use as well.